NEW YORK — In a flat year overall for stocks, there was still plenty of excitement to be enjoyed — or endured — by 2015’s biggest winners and losers.

It was a year to make old guard companies shudder.

New media companies like Netflix, which rose 140 per cent to notch the biggest gain in the S&P 500, overtook established media companies like CBS. Amazon eviscerated traditional retailers like Macy’s and Walmart. And energy and materials companies were flattened by weak demand at a time of abundant supplies. The biggest loser was Chesapeake Energy, down almost 80 per cent in 2015.

The Dow Jones industrial average, dominated by long-established companies in traditional industries, is down 2 per cent for the year through midday Wednesday. The Nasdaq composite, with its heavy concentration of technology companies, is up a respectable 6 per cent.

Here are the stories behind some of the stock markets biggest winners and losers for 2015.

ANOTHER STAR TURN FOR NETFLIX

Netflix has enjoyed top billing before: it was the biggest gainer in the S&P 500 in 2010 and 2013, and it more than tripled in value both years. 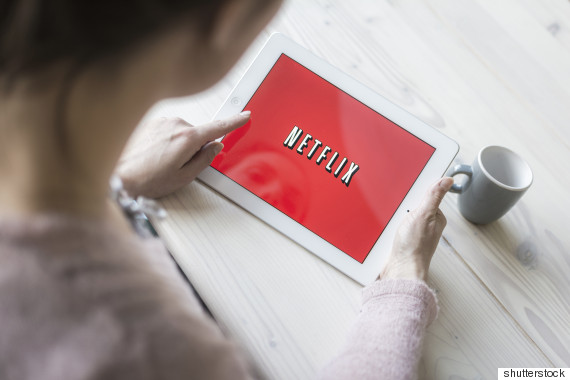 Netflix says its service will be available in 200 countries by the end of the year. (Photo: Shutterstock)

But another big year in 2015 pushed the company’s value past established media rivals like CBS and made it about the same size as Time Warner. The streaming entertainment service had 69 million subscribers at the end of the third quarter, and almost a quarter of those signed up in the last year. Netflix also continued to win fans for shows like “Orange is the New Black” and “Narcos.” The company says its service will be available in 200 countries by the end of the year.

E-commerce giant Amazon celebrated its 20th anniversary with results that sent investors into a buying frenzy. Amazon was the second biggest gainer in the S&P 500 for the year, up 112 per cent through Wednesday. The company is on track to report more than $100 billion in revenue in 2015 and it has started to turn higher profits more frequently despite a loss in the first quarter.

Amazon was “almost solely responsible for the downfall of big box giant Wal-Mart.”

Its stock surge pushed the company’s market value past that of longtime competitor Wal-Mart. Wal-Mart stock fell 29 per cent in 2015, which made this Wal-Mart’s worst year since 1974, when it had fewer than 100 stores. Wal-Mart was the Dow’s biggest loser.

“This year seemed to mark an inflection point for Amazon,” wrote Christine Short, an analyst at Estimize, who said Amazon was “almost solely responsible for the downfall of big box giant Wal-Mart.”

Macy’s and Staples also were among the 20 biggest losers as fewer shoppers trekked to stores and bought more goods online instead.

Amazon is now in a battle with the other high-flying stock of 2015: Amazon and Netflix are now rivals in creating original entertainment for subscribers. This year the two snagged almost 50 Primetime Emmy nominations between them. Netflix shows received far more nominations but Amazon’s shows won five Emmys to Netflix’s four.

WARCRAFT GETS A CANDY CRUSH

The third biggest gainer in the S&P 500 was Activision Blizzard, the video game maker behind “Call of Duty” and “World of Warcraft.” It rose 92 per cent as it moved to expand into the sweeter side of games. In November the company agreed to buy King Entertainment, the maker of the smartphone game “Candy Crush Saga,” to strengthen its mobile games business. It is also working on a “World of Warcraft” movie and a TV show adapted from its kid-focused “Skylanders” game. 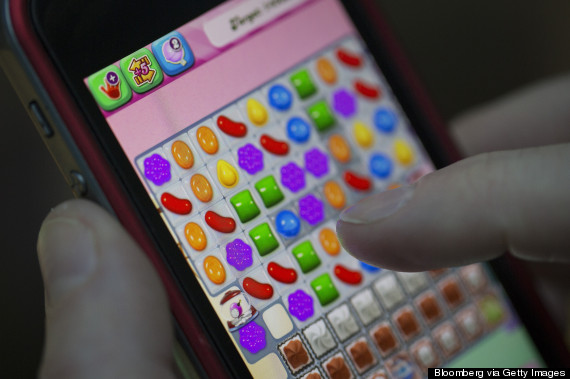 The rest of the top ten winners in the index were a mix of companies representing several industries, including the video graphics chip maker NVIDIA, the payments processor Total System Services, the website domain name company VeriSign, and Spam maker Hormel Foods. FirstSolar also made the top 10, getting a major boost when Congress extended tax breaks for solar installations in December.

Six of the 10 biggest losers in the S&P 500 were energy companies, led by Chesapeake Energy, Southwestern Energy and Consol Energy. All three are dependent on the price of natural gas and all fell between 75 per cent and 80 per cent this year. Nine energy companies in the index lost at least half their value.

A big reason: Mother Nature. An extraordinarily warm fall and early winter in the U.S. is slashing demand for heating, and half the nation uses natural gas to heat their homes. Natural gas supplies were already high coming into the winter. That combined with low demand pushed natural gas prices to their lowest levels since 1999 in mid-December, not adjusted for inflation. 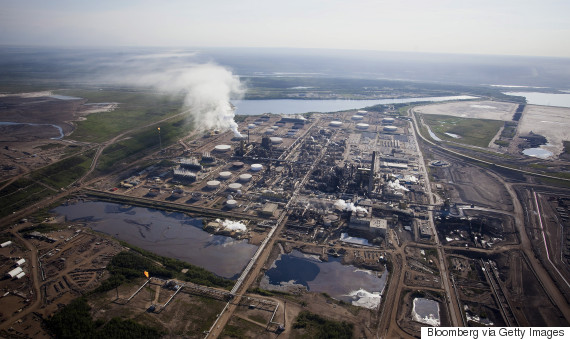 All this pain for energy companies is good for consumers, who are now enjoying low prices for gasoline and shrinking heating bills. (Photo: Bloomberg via Getty Images)

The rout in crude oil prices that began in mid-2014 deepened in 2015, pulling down the value of oil company shares and the performance of the overall stock market.

All this pain for energy companies is good for consumers, who are now enjoying low prices for gasoline and shrinking heating bills.

There were four non-energy losers in the S&P’s bottom 10.

— Watchmaker Fossil Group lost about two-thirds of its value as fitness trackers grew more popular and the Apple Watch was launched.

— Chipmaker Micron Technology fell 60 per cent as consumers continued to turn away from personal computers.

— Casino operator Wynn Resorts fell 54 per cent because a corruption crackdown in China has dampened enthusiasm among high-rolling gamblers in Macau, an important location for Wynn.