Political Will Is Necessary To Protect Quebec's Aerospace Workers

VANCOUVER — One technology startup is using artificial intelligence to save people who book online flights up to 80 per cent.

Another helps farmers boost their crop yields with a mobile app that manages operations from seed to sale.

A third new technology firm aims to replace conventional bank accounts with only a card and an app.

They’re all samples of a boom in digital-technology startups in Vancouver that are revolutionizing traditional industries with tech savvy. 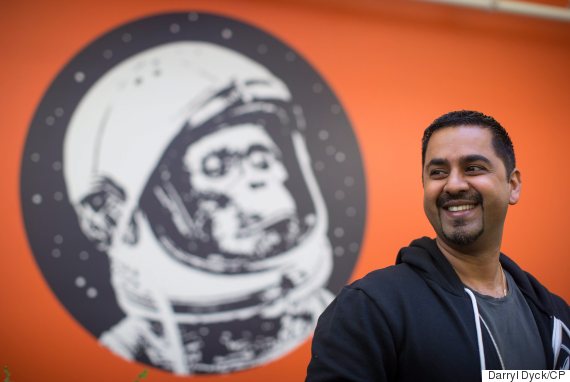 The companies are challenging old methods of doing business, and they’re out to “disrupt” everything from travel to agriculture to financial services.

“You adapt or you die,” said Ray Walia, CEO of Launch Academy, a leading non-profit firm that trains and mentors such startups.

The organization has helped entrepreneurs start more than 350 companies, raising about $57 million in funding and creating over 635 jobs across 15 industries. They include TripDelta, Farm At Hand and Koho.

Walia said employers outside the technology world must change the mindset that “bleeding-edge” advancements don’t matter to their own industries.

“It’s an economic stimulus for the entire country. Because it’s those technology companies that are going to help those incumbents — those dinosaurs — stay alive and avoid the asteroid that’s coming.”

The youth-propelled trend is also flourishing in the technology hubs of Toronto and Montreal, and is considered most prolific in San Francisco’s Silicon Valley.

About 84,000 British Columbians were employed by over 9,000 tech companies in 2014, according to the provincial Technology Ministry — more than in mining, forestry, and oil and gas combined.

Earlier this month, Premier Christy Clark announced the province is betting on startups as engines for job creation by establishing a new $100-million venture capital fund to launch in 2016.

“We’re really on a super cycle of leveraging all this new technology to make our lives better.”

It’s the first prong in a multi-year government strategy to enhance the industry’s role in the provincial economy. Plans to attract new talent and open markets are expected to be announced in January, when the province hosts the B.C. Tech Summit, its largest-ever technology business conference aimed at mingling entrepreneurs with those in established industries.

Vancouver is home to more than a dozen “incubator” facilities and “accelerator boot camps,” which provide crash courses for early-stage companies on taking technology ideas to market. Millennials are strongly represented, with many aspiring to hatch the next company valued at $1 billion — broadly dubbed a “unicorn” in tech circles, or “narwhal” in Canada.

Hootsuite, Slack and Avigilon have already joined the Narwhal Club, while another 12 Vancouver companies are considered emerging. Ten others have been acquired by more established companies, according to Launch Academy. 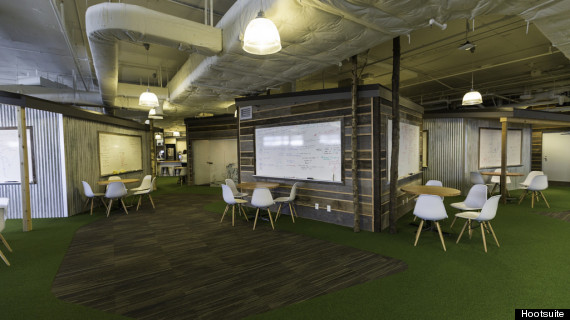 Walia said innovative new business models are developing, with some entrepreneurs realizing product ideas with just a 3D printer, then turning to online freelancers for logo design and marketing.

Others write code in their basement and harness remote servers to increase efficiency and prevent disastrous losses of data.

Those seeking venture capital have participated in American Idol-style pitch competitions that have sold tickets out the door and down the block in Vancouver’s Gastown district.

Millennials eager to take the lead

Millennial startups are also often motivated by doing social good, the result of a hyper-awareness of pressing issues from constant immersion in social media. Many for-profit companies are incorporating philanthropy into their business model.

“If you don’t adapt, you’re not going to succeed,” said Vivian Chan, who co-ordinates an accelerator program for wireless companies with Wavefront. “You can join the rest of the crew, or you’re going to be left behind.”

Chan said millennials are thirsty to run their own businesses, their way.

But rags-to-riches success stories such as Uber and Airbnb have put a halo over the current wave of startups, warned HeroX CEO Christian Cotichini, who has successfully built four companies over 24 years.

“If you don’t adapt, you’re not going to succeed.”

He predicted there will be a rise in failures of startups in the coming year, but suggested that won’t be as painful as more notorious tech-industry crashes of the past.

Cotichini also predicts more millennials will dump the pursuit of Facebook CEO Mark Zuckerberg-style rockstar status and instead focus on building a career out of their small, sustainable businesses.

Industries invented before the Internet are “de facto obsolete,” he said.

“We’re really on a super cycle of leveraging all this new technology to make our lives better.”