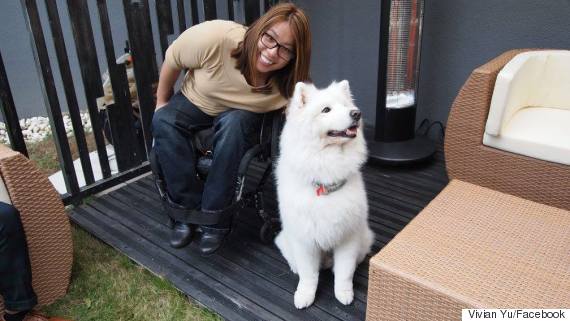 Like countless fans of “Star Wars,” Vivian Yu was excited to catch the newest episode on the big screen, but was infuriated when she learned she couldn’t buy advance tickets online — because she uses a wheelchair.

On Friday, Yu went on the Cineplex website to order tickets for a showing of “Star Wars: The Force Awakens” next week at SilverCity Metropolis in Burnaby, B.C. It appeared that all seats in the theatre were available, except the area for those with mobility issues and their attendants.

“I wondered if it was booked, and realized that each showing of the movie displayed them as unavailable,” Yu told The Huffington Post B.C.

“‘Star Wars’ is something I really didn’t want to miss out on and I had no issues paying full price to get the tickets. I just wanted access to them.”

When she called the theatre to ask if she could order advance tickets over the phone instead, the manager told her she could only do it in person.

“It didn’t seem to make sense to get mobility impaired people to have to come in in person twice,” Yu, 34, said. “It’s just another barrier that’s being thrown up for people who already are known to have difficulties getting around physically.

“We have to worry about parking … [and] also bus/public transport, especially during the holiday season. I’m not even going to talk about paying for a cab or making use of a HandyDART [shuttle service] just to get advance tickets.”


Hoping something could be done, Yu phoned Cineplex’ guest services line. After an hour on hold, she spoke to an operator who was “understanding,” but said the best she could do was submit a feedback form to the movie chain’s web department.

Yu, who works as an electronic graphics operator at a Vancouver TV station, summed up the experience in a Facebook post: “This is 2015. This is ridiculous.” 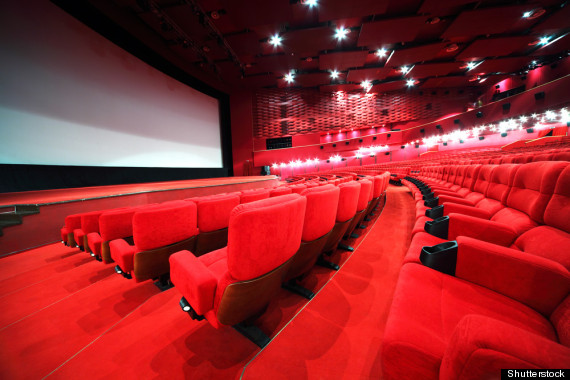 A Cineplex spokeswoman apologized for the miscommunication. (Photo: Shutterstock)

The policy that requires people with mobility impairments to buy advance tickets in person is to avoid abuse, explained Sarah Van Lange, director of communications for Cineplex Entertainment.

“We’ve had instances in the past where the seats, along with the adjoining companion seats, have been booked by guests who aren’t living with a disability — a guest looking for a seat with more leg room, for example,” she told HuffPost B.C. in an email.

But she said Yu should have been told that she could purchase any tickets online and then exchange them for the wheelchair-accessible area at the theatre’s box office before the movie begins.

“This should have been communicated to Vivian, and on behalf of the company I apologize that it wasn’t,” said Van Lange. “We hope to have a solution in place on Cineplex.com in the new year so that miscommunications like this don’t happen again.”

Cineplex does offer free admission to an attendant or support person for registered guests with disabilities.

Yu is appreciative of such programs and says things are improving at concert arenas as well.

Still, she felt it was important to speak out for people who may not be as lucky as she is.

“I can’t even imagine how parents with kids that need these sorts of seats make plans to go to a special event movie when they can’t get confirmed seating until they either make a special trip, or show up day of and hope for the best,” she said. “Or for people who are not employed and have to pay for transportation and attendants to make a special trip if they want to see a movie when everyone else is and not feel excluded.”