The race for U.S. president will be over in 11 months’ time, but the damage Donald Trump has done to his brand in Canada could endure well past that.

A large majority of Torontonians and Vancouverites want the Trump name gone from buildings in their cities, a new poll from Angus Reid shows. 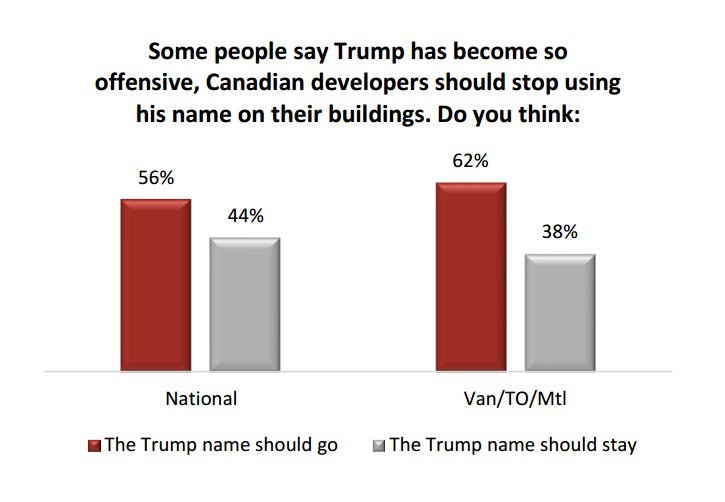 The poll was taken after the Republican presidential candidate, billionaire real estate mogul and reality show star called for a ban on Muslims entering the U.S.

There is a Trump International Hotel & Tower in Toronto as well as Vancouver. Neither are owned by Trump, who licenses his name to other developers. Both are mixed-use hotel and condo buildings, targeted at tourists and foreign condo investor-owners.

Municipal politicians in both Toronto and Vancouver called for the Trump name to be removed from their cities following Trump’s comments earlier this month. 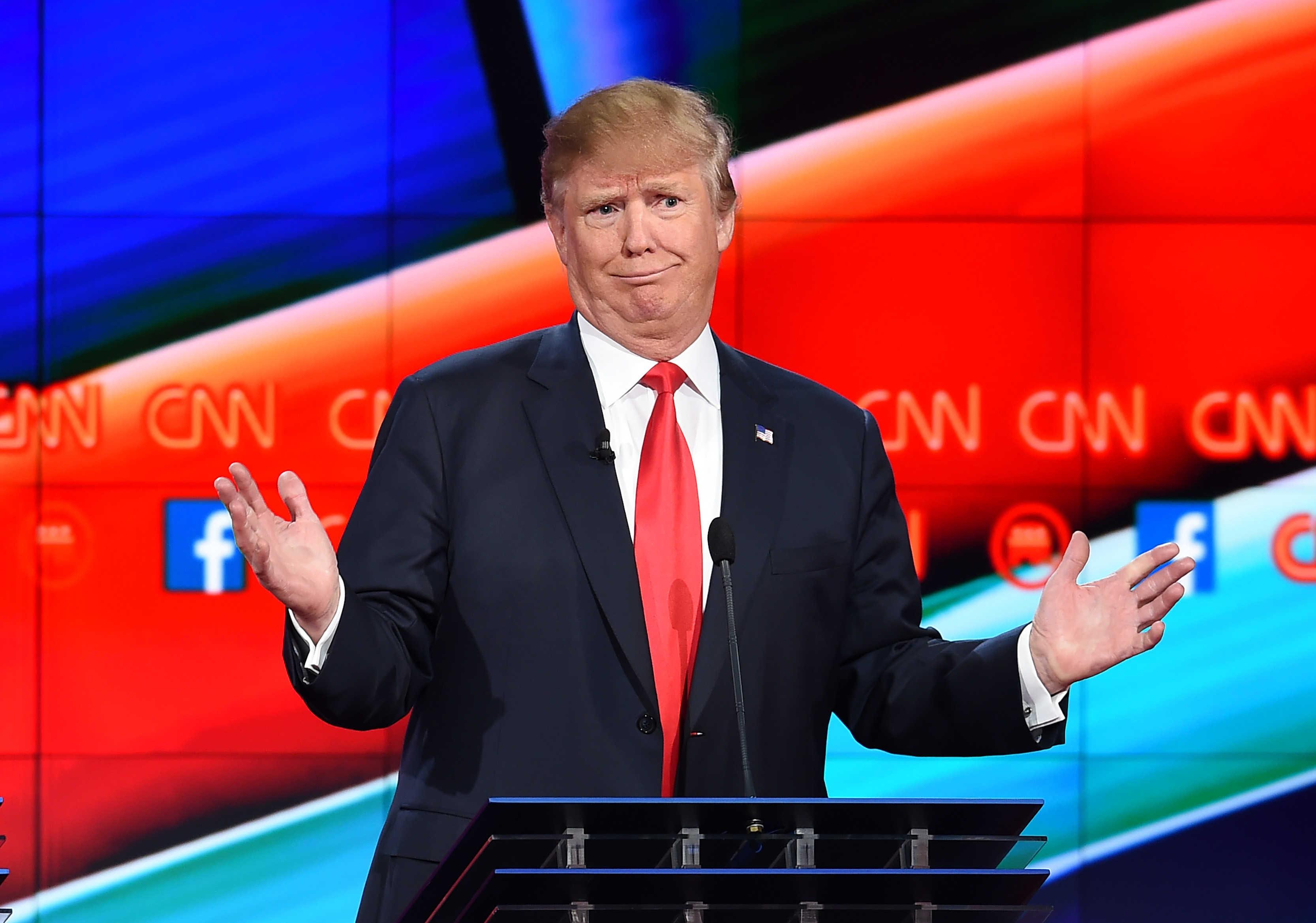 The poll also suggests that the Trump brand as a whole may be tainted in Canada. Fifty-five per cent of respondents said the Trump name makes a hotel less appealing to them, while only 10 per cent said it made the hotel more appealing.

The poll found that 67 per cent of Canadians disagree with Trump’s call for a total ban on Muslims entering the U.S., with 49 per cent saying they “strongly disagree.”

A third — 33 per cent — of respondents said they agreed with Trump’s call for a ban. Thirteen per cent said they “strongly agree.”
Source: HP