WATERLOO, Ont. — News organizations have long grumbled about the barrage of hateful rhetoric in comment sections of the day’s biggest stories, but when the Toronto Star decided to kill online comments earlier this week, public feedback was swift.

For many, it was a welcome farewell to the cesspool of racist, sexist and homophobic slurs which often wound up on the website of the country’s biggest newspaper.

Others were less enthusiastic, saying the decision could leave a major void in public conversation and have ripple effects across other media outlets.

“There is positive civic expression in maintaining comments,” said Jeffrey Dvorkin, a former news editor and media lecturer at the University of Toronto. “(The Star) will lose a connection with potential whistleblowers, and story suggestions that their internal news culture may not have considered.” 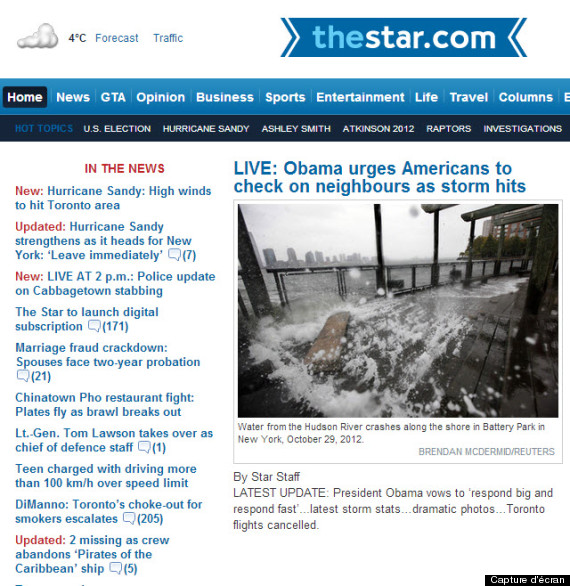 Toronto’s major daily closed all commenting on its website this week. (Capture D’Écran)

Determining how much value lies between the spam and the flame wars in comment sections has been debated for years. A growing number of news outlets say the junk far outweighs the gold.

Media organizations are looking for ways to reduce labour costs and skirt potential litigation that could emerge from libellous, unfiltered comments posted by anonymous users.

And so a growing number have decided enough is enough.

The Star isn’t the first, but it is one of the most influential organizations in Canada to take the stand across all of its stories.

“There is positive civic expression in maintaining comments.”

Earlier this month, the CBC was praised for temporarily closing comments on indigenous stories because of persistent racist remarks from some users.

In September, the Sun turned off user comments for most stories, blaming “anonymous, negative, even malicious personal attacks, albeit by a minority.”

They join a stream of U.S. news agencies that have completely scrapped online comments, including Reuters and USA Today as well as more niche websites like Recode, Mic and Popular Science.

Others have taken a softer approach, like CNN.com and The Verge, which only allow comments on a small number of stories.

But not every news outlet is convinced.

At the New York Times, editors are standing contrary to the trend, not only prominently featuring comments with some of the biggest stories, but celebrating the best-rated participants.

Last month, the Times ran a special feature called “Meet Some of Our Top Commenters,” which invited readers to get acquainted with its most popular contributors. Some of them write extensively on topics and add an extra layer of insight to developing stories. 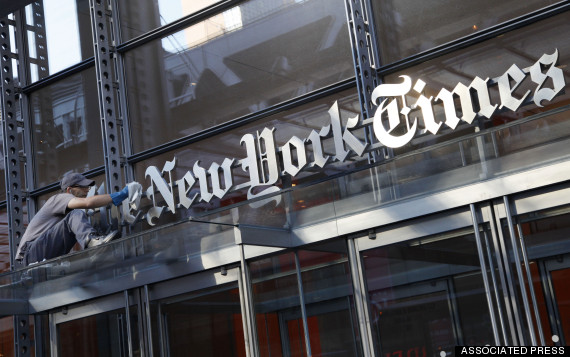 The New York Times is one news organization choosing to embrace online commenters, rather than shut them out. (AP)

Bassey Etim, community editor at the Times, said those reader perspectives can’t necessarily be captured on Twitter or other social media.

“A news organization has to think of comments as content just like any other (they) might publish,” he said. “You wouldn’t just allow random people to say anything.”

Etim dismisses arguments that blame the failure of comment sections on the readers, and suggests media outlets should “think of them editorially” by deciding which stories merit curation.

“We want the comments to feel like you’re still reading the New York Times,” he said.

But the Times is also in a privileged position many news outlets can’t afford.

The company staffs about 14 people to monitor its comments threads throughout the day, while an office in London handles the overnight shift.

“We want the comments to feel like you’re still reading the New York Times.”

Etim estimates the team sifts through about 9,000 comments daily, which appear on a select group of just over 20 stories.

Next year, the Times hopes to feature even more user comments with new technology that analyses and automatically posts messages that pass certain standards.

The Times’ goal is to attract an audience that embraces its brand and becomes paying subscribers. Ultimately, Etim wants to encourage readers to revisit the site rather than turn to Facebook and Twitter to launch a conversation.

“The idea that comments sections are inherently not worthwhile, and that comments are happening on social, just doesn’t follow,” Etim said. “You can’t surrender all of social to a few larger organizations.”

In Canada, that seems to be the plan, at least for now.

Both the Sun and the Star have encouraged readers to gravitate their conversations over to Facebook and Twitter. The Star says some of the best social messages will be curated and run with future stories.

The plan appears to conflict with complaints from the parent companies of both news outlets — Postmedia and Torstar — that have insisted that those same two social media platforms are devouring a growing chunk of their advertising revenues.

Both Postmedia and Torstar have warned shrinking ad sales could hurt their bottom lines and force them to look for other ways to save costs.