What Successful People Do That Most Don't

CALGARY — The price of oil — and its far-reaching impact on the Canadian economy — has once again been voted The Canadian Press Business Story of the Year.

Editors and news directors across the country chose the crude collapse in a landslide with 24 votes. It’s the second year in a row that story got top billing in the annual survey.

“Was there any Canadian business story this year that wasn’t, in part, driven by tumbling oil prices?” asked Nicole MacAdam, senior editor at the Financial Post. 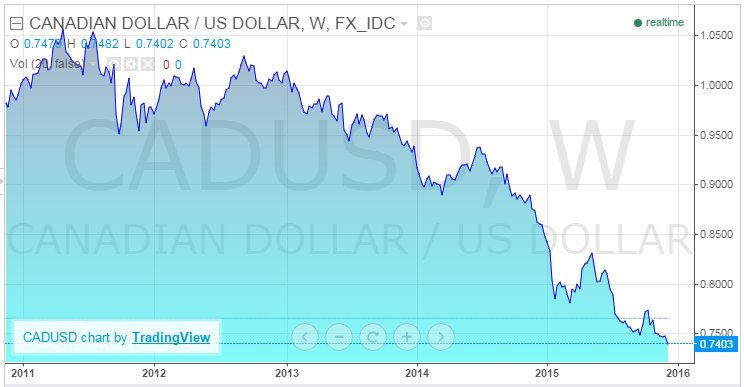 The Canadian dollar has fallen along with oil prices over the past few years.

“From the ongoing struggles in the oilpatch, to the Bank of Canada’s decision to freeze (and possibly lower) interest rates, to market turmoil, stubbornly high unemployment, to the fall of the Harper government — the end of the oil boom has dominated the discourse this year, both in this country and around the world.”

A distant second with seven votes was ride-sharing service Uber’s aggressive foray into Canada — and the subsequent pushback from the traditional taxi industry.

The slide in the loonie got three votes. Garnering two votes apiece were U.S. retailer Target’s retreat from Canada, the hacking of adultery site Ashley Madison and the travails of aerospace firm Bombardier. 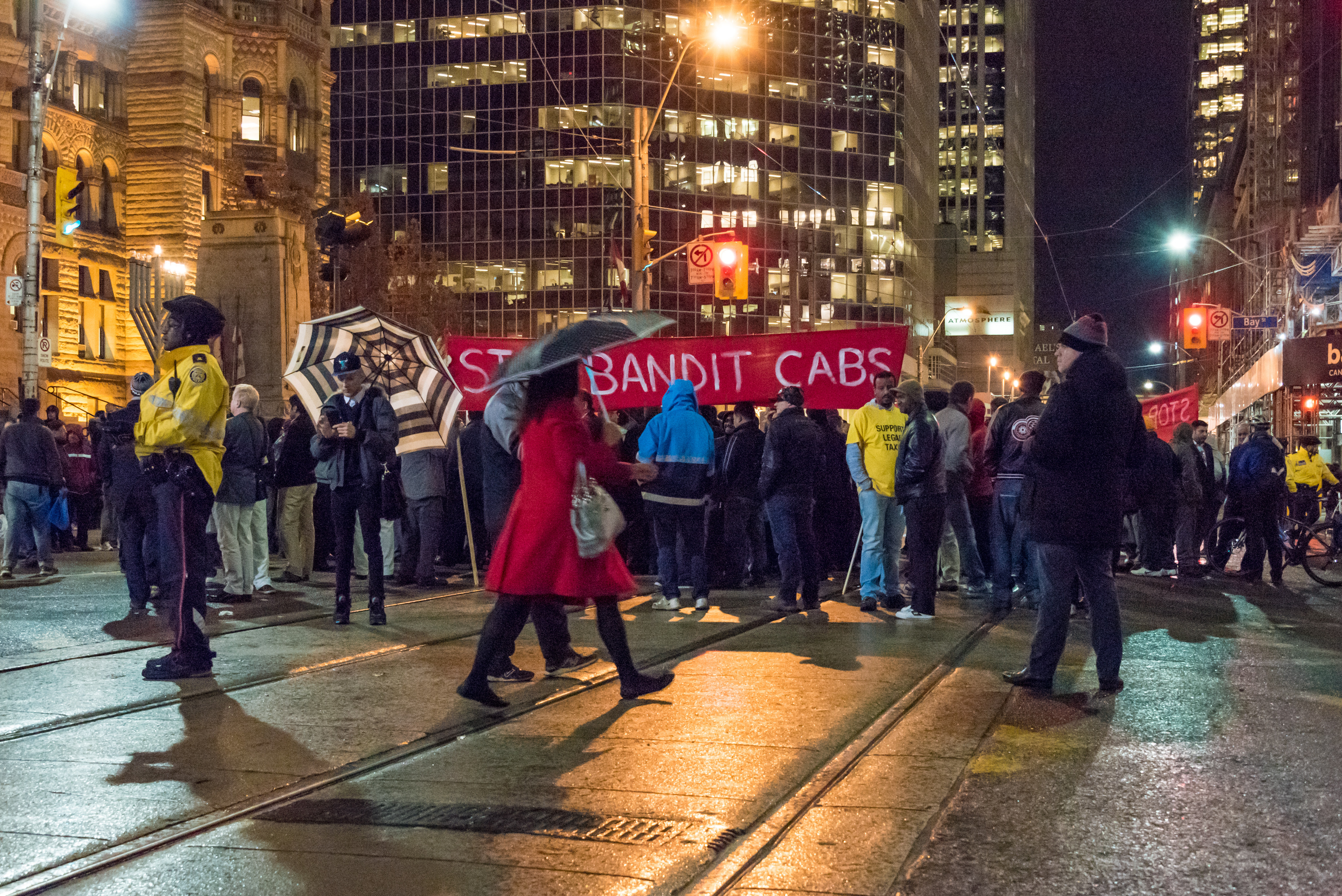 Taxi drivers protest the UberX ride service in Toronto, Dec. 9, 2015. The arrival of Uber was named the number-two business story in Canada this year. (Getty Images)

After hitting a high near US$108 a barrel in mid-2014, West Texas Intermediate crude — a closely watched U.S. benchmark — is now languishing below US$40 a barrel after spending much of this year below US$50 a barrel.

The result has been the loss of at least 40,000 Canadian industry jobs this year, huge revenue shortfalls in oil-producing provinces and a sharp drop in the Canadian dollar. Tradespeople from across Canada who flocked to the oilpatch for lucrative work during boom times are returning home.

There’s no end to the doldrums in sight, with the Organization of Petroleum Exporting Countries refusing to tighten the taps on their crude production, providing no relief to the global glut.

“The Saudi-led production war upends forecasting in Ottawa and Edmonton, costs tens of thousands of jobs, creates collateral damage elsewhere in the economy and contributes to an 11-year low for the dollar,” wrote Richard Dettman, business editor at CKWX News 1130 in Vancouver. 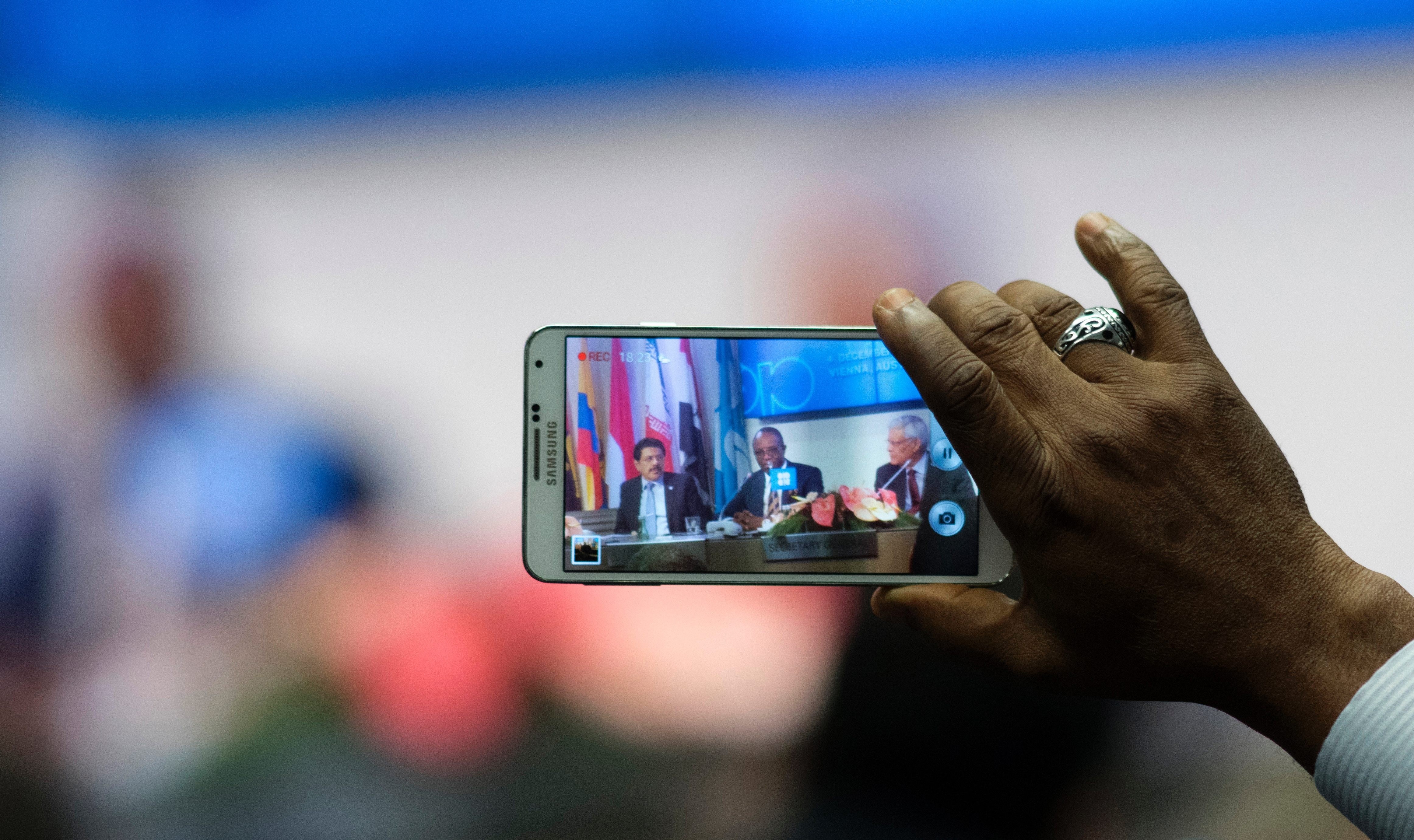 A journalist records Nigeria’s Minister of State for Petroleum Resources and President of the OPEC Conference, Emmanuel Ibe Kachikwu, and OPEC’s Secretary General, Abdalla Salem El-Badri of Libya, speaking during a news conference at an OPEC meeting in Vienna, Dec. 4, 2015. (Getty Images)

While the oil drop has had ripple effects across the country, Alberta has been hit particularly hard, announcing a whopping $6.1-billion budget deficit in October.

“The reversal of the Albertan economy from runaway leader to laggard was the biggest business event of the year,” wrote Jamie Sturgeon, consumer affairs editor and reporter with Global News.

Alberta’s jobless rate is now at seven per cent — the first time it’s been higher than Ontario’s for more than two decades.

While some oil price pontificators saw the crude crash coming, few expected it to last this long.

“I don’t think anybody predicted the depths of the crisis and how far oil prices would go,” said Martin Pelletier, portfolio manager at TriVest Wealth Counsel.

Pelletier said he predicts bigger companies will look to gobble up their smaller counterparts during the enduring downturn — much like Suncor Energy is aiming to do with its hostile bid for Canadian Oil Sands.

Eventually the low oil prices could cause producers to finally rein in production, restoring some balance to the oversupplied market. But Pelletier said he’s not banking on that happening quickly.

John Stephenson, CEO of Stephenson and Company Capital Management, said he’ll need to be confident that oil has finally hit bottom before he’d think about investing in the sector.

“The problem is, just when you think it’s safe to go back in the water, the shark comes back,” he said.

The shock isn’t necessarily a bad thing in an industry that may have had it too good for too long, Stephenson said. Before the downturn, there were perks galore for oilpatch workers in downtown Calgary — from a day off every other Friday to fat bonuses.

“The reality is it’s either adapt or die — for everybody,” he said. “They’re facing this existential threat.”

Survey respondents who picked Uber as story of the year cited its political and technological ramifications.