Russian Government Complains To Canada About Information On Website

OTTAWA — The country’s annual inflation rate picked up the pace last month to hit 1.4 per cent — moving it a little closer to the Bank of Canada’s ideal target of two per cent.

Statistics Canada’s November inflation reading was up from October when the overall inflation rate was just 1.0 per cent. 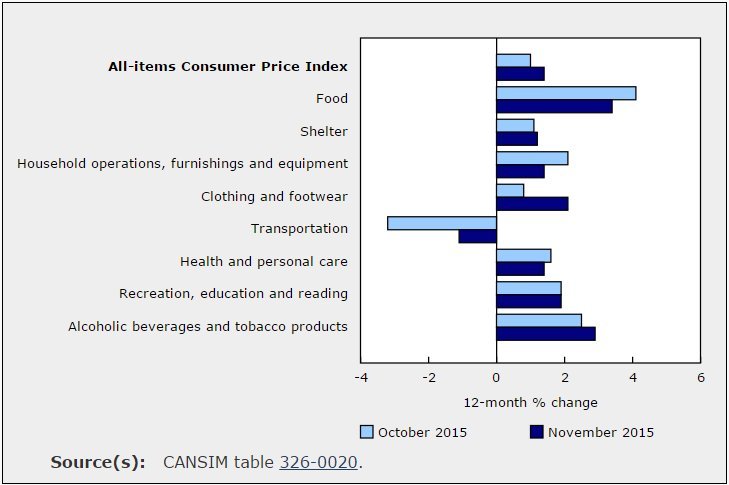 The index found that food prices were up 3.4 per cent compared to a year earlier, thanks in large part to the higher costs of meat and fresh vegetables.

The agency says consumer prices climbed in every province last month compared to the year before.

The core inflation rate, which excludes some volatile items such as gasoline, was 2.0 per cent last month — down from 2.1 per cent in October. 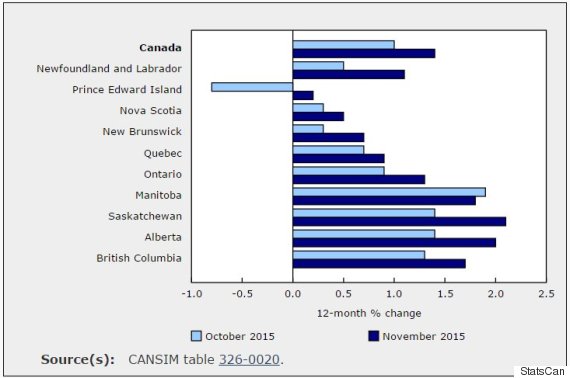 Most provinces have seen inflation accelerate over the past month, StatsCan data shows.
Source: HP