The ban came into force when oil shortages were commonplace 40 years ago — a stark contrast to today’s U.S. glut, thanks to fracking in shale formations in Texas and North Dakota.

Congressional leaders have reached a deal on a massive spending bill that includes allowing the sale of U.S. crude in the global market. 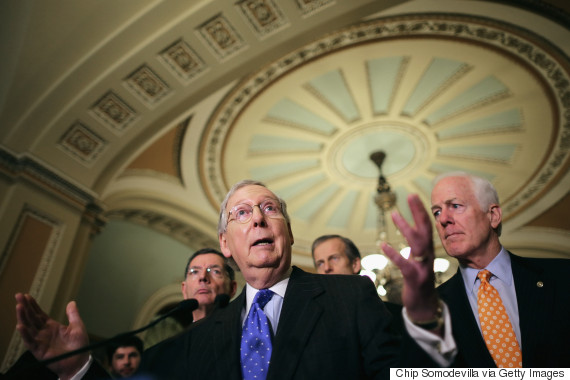 Senate Majority Leader Mitch McConnell (R-KY) (end left) talks to reporters with Senate Majority Whip John Cornyn (R-TX) (right) following the weekly Senate GOP policy luncheon at the U.S. Capitol December 15, 2015 in Washington, DC. McConnell said that he believes that the Senate and House of Representatives are close to a deal on an omnibus budget legislation and expects a vote on the spending bill as early as Thursday.

Skip York, a vice-president at consulting firm Wood Mackenzie, says lifting of the ban could make it easier for Canadian crude to get to lucrative Asian markets.

Right now, Canadian players need a re-export permit if they want to ship crude to the Gulf Coast and then export it to Asia via the Panama Canal.

York says a policy change would remove that obstacle, but the first choice for Canadian producers is to still to send their crude by pipeline to the West Coast. 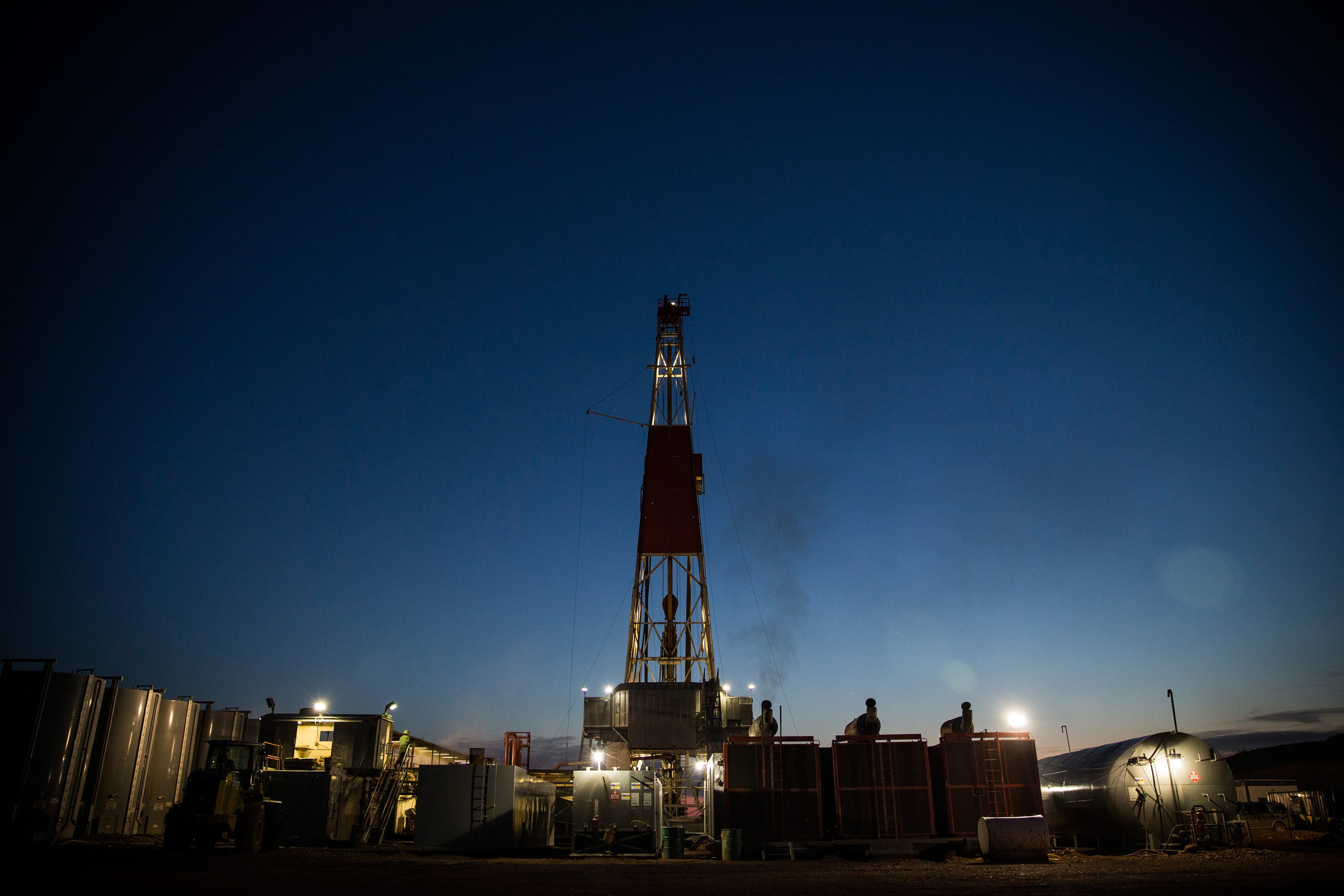 Kinder Morgan’s Trans Mountain expansion to the Vancouver area is in the thick of the regulatory process, and has faced vocal opposition. Enbridge’s Northern Gateway pipeline to Kitimat, B.C., has regulatory approval, but the Liberal government wants to ban tankers along the northern B.C. coast in what many see as a fatal blow to the project.

Given the hurdles Canadian West Coast pipeline proposals have faced, the Plan B becomes more important.

“It eliminates some of the regulatory burden for a Canadian producer who wants to sell into Asia and can’t go through a pipeline to the West. They could still transit through the pipelines that connect Canada to the U.S. Gulf Coast and put it onto a ship,” said York.

TransCanada Corp.’s (TSX:TRP) existing Keystone system taps into the U.S. Gulf Coast. The Keystone XL leg, which President Barack Obama rejected in November, would have provided a more direct route between Alberta and Texas. Enbridge Inc.’s (TSX:ENB) network also has the ability to connect to the Gulf.

Gulf Coast refineries are set up to handle heavy crude.

If the U.S. is able to send more of its own crude overseas, “then it may well be that there’s more of a demand in those refineries for Canadian heavy to come in,” said Ross.

Ross said lifting the export ban could also narrow the price gap between the main U.S. benchmark, West Texas Intermediate, and Brent crude from the North Sea, which fetches a higher market price because it’s able to travel around the world by sea.

The higher international price has been a big driver for building pipelines to get landlocked crude to coastal waters.

While there would still be value in those proposals, “if the delta between WTI and Brent is less, then you would view that international access or off-continent access a little bit differently,” Ross said.