Bridging The Boomer-Millennial Gap And Overcoming The Succession Challenge

The University of Toronto should divest from any fossil fuel companies that “blatantly disregard” the international effort to curb climate change, an advisory committee has recommended.

The committee, which presented its report to the school’s president, Meric Gertler, this week, was struck after activists from Toronto350.org created a petition on the issue. 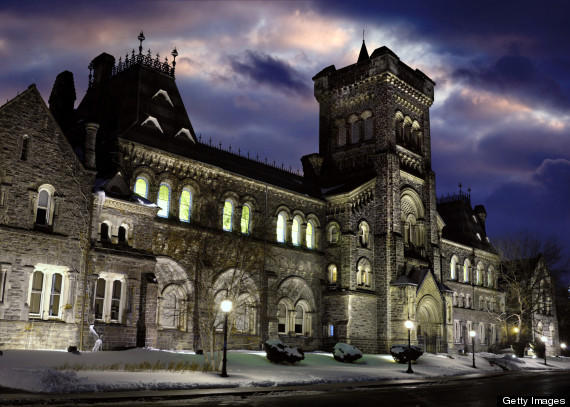 “This recommendation is a huge achievement for the fossil fuel divestment movement globally and in Canada,” Toronto350.org said in a press release. “This decision reinforces the Paris Climate Agreement’s implication that the era of fossil fuels is over,” student organizer Jade Wong said.

The committee’s report said that all fossil fuel companies are “socially injurious by their very nature,” but recommended U of T divest from seven companies in particular: ConocoPhillips Co. for its extraction in the Arctic; ExxonMobil Corp. for allegedly funding misinformation campaigns; as well as Peabody Energy Corporation, Arch Coal Inc., Alpha Natural Resources, Cloud Peak Energy Inc., and Westmoreland Coal Company for producing thermal coal.

U of T currently has $32.4 million invested in fossil fuel companies, <a href="http://business.financialpost.com/news/energy/university-of-toronto-should-divest-from-fossil-fuel-firms-advisory-committee-recommends?__lsa=3a3c-752e
” target=”_hplink”>according to the Financial Post. As many as 40 schools across the globe, including the University of Oxford and the University of California, have agreed to divest from the sector. Altogether, that’s US$130 billion that energy companies are losing out on.

“This recommendation is a huge achievement for the fossil fuel divestment movement globally and in Canada.”

Climate change is no longer “a scientific curiosity” but a “growing crisis,” the report said, quoting the United Nations. The committee stressed that divestment should be just one small part of U of T’s response to “the overriding social and environmental issue of our time.”

The university’s president will spend the next few weeks gathering more information and advice to help make a decision, according to the Financial Post.
Source: HP