Excessive Spending Will Not Lead To Sunny Ways

How We Can Improve The Next Generation's Financial Outlook

OTTAWA — The federal privacy czar says there are instances when police may not need a warrant to obtain “very limited sets” of Internet customer information.

There could be a way to meet at least some law-enforcement demands for warrantless access to information while respecting a key Supreme Court of Canada ruling, privacy commissioner Daniel Therrien said in an interview.

In June last year, the Supreme Court ruled police must have a judge’s authorization to obtain customer data linked to online activities.

The high court rejected the notion the federal privacy law governing companies allowed them to hand over subscriber identities voluntarily.

Police say telecommunications companies and other service providers — such as banks and rental companies — now demand court approval for nearly all types of requests from authorities for basic identifying information.

“There may be some elements of information that would not raise reasonable expectations of privacy.”

The top Mountie said the Supreme Court ruling curtailing the flow of basic data about customers — such as name and address — had “put a chill on our ability to initiate investigations.”

Therrien noted that in keeping with the court’s ruling, subscriber information largely raises reasonable expectations of privacy and therefore a warrant would be needed to obtain it. 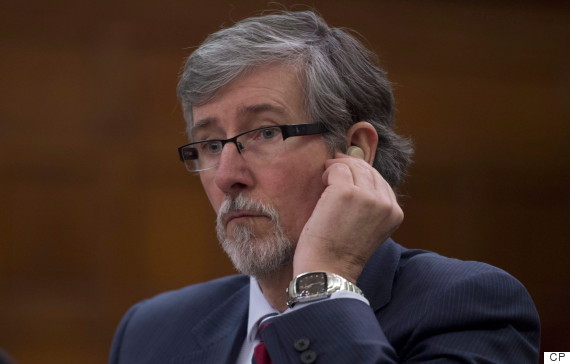 Therrien said it was difficult to provide a specific example of the kind of information that might be accessible to police under an administrative scheme, but invoked the analogy of the public telephone book.

“Telephone numbers, perhaps, in certain circumstances might not attract a reasonable expectation of privacy. I wouldn’t go beyond that, and even then it depends on the circumstances,” he said.

“But if the RCMP is asking to have administrative access for large amounts of information, well, that clearly would go against what the Supreme Court said.”

Rogers Communications has said that prior to the Supreme Court ruling, it was company policy when presented with a listed phone number to confirm basic customer information like name and address, so that police didn’t issue a warrant for the wrong person or company.

Rogers also had a special process to help with child sexual exploitation investigations by confirming a customer’s name and address when provided with a computer’s Internet Protocol (IP) address. This would allow police to obtain a search or arrest warrant.

Since June 2014, the company said, it has responded to these two kinds of requests only when presented with a court order or warrant, or in emergency circumstances as defined by the Criminal Code.
Source: HP