OTTAWA — The federal finance minister is seeking to clarify the new Liberal government’s position on the GST.

Bill Morneau was asked directly Tuesday whether he has considered raising the goods and services tax as a way to generate more government revenue.

“You know, one of the things that I’m absolutely sure of is that we should go through our budget process in order to figure out where we’re going to get to,” Morneau told reporters in Ottawa in response to the question.

“In my estimation, we’re going to hear a lot of things from not only my colleagues around the table, but from Canadians about what we should be doing from a budget standpoint. And at the end of that, we’ll present to Canadians a plan for the next year and give them a sense of what’s going to happen over the next five years. 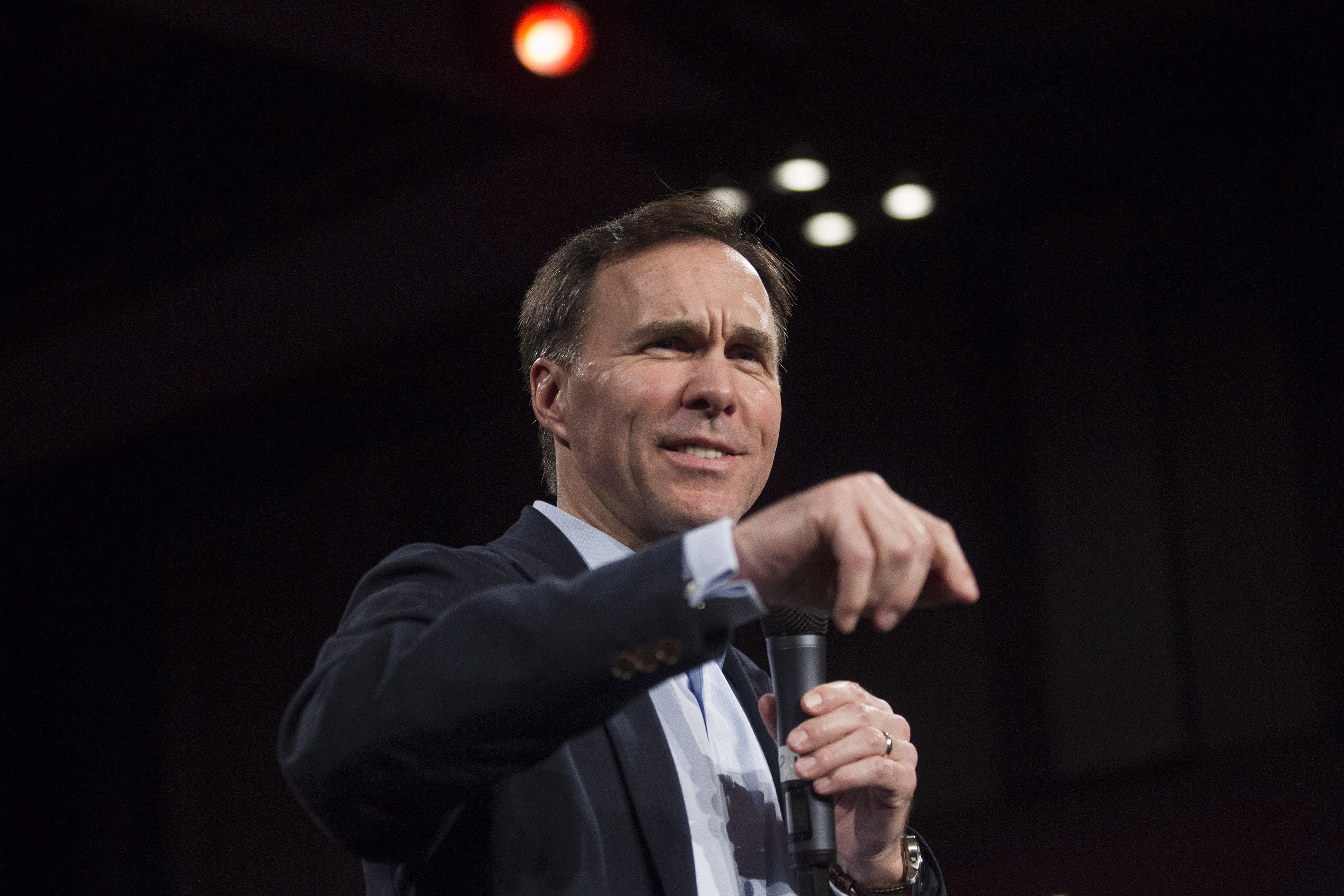 “I’m not at this stage considering any tax issues that haven’t been already put in our campaign platform.”

After his remarks were published, Morneau later tweeted: “Contrary to misleading headlines, we are not considering changes to the GST.”

In the coming weeks, the government will hold consultations to help it prepare for the federal budget. Morneau has also said the government plans to create an advisory council made up of experts from Canada and abroad that will help Ottawa brainstorm on how best to kick-start economic growth.

The previous Conservative government lowered the GST by two percentage points during its decade in office _ a move that eliminated about $14 billion in annual revenues.

The Harper Tories chopped a percentage point in 2006 to drop the GST to six per cent. They trimmed off another point two years later.

Most economists opposed the Conservative move to slash the GST, which was widely viewed as more of a popular political decision rather than a solid economic one.

Prime Minister Justin Trudeau has promised in the past not to increase the GST.

“I’m not at this stage considering any tax issues that haven’t been already put in our campaign platform.”

His Liberals, however, are currently staring at considerable fiscal hurdles, as they look to follow through on pricey election pledges.

The party has already backed away from its election vow to cap annual deficits at $10 billion over the next two years, blaming the sluggish economy and a weaker-than-expected fiscal situation they say they inherited from the Tories.

Meanwhile, the party has started highlighting the importance of fulfilling another fiscal goal from its platform, one that’s lesser known but easier to meet: lowering the debt-to-GDP ratio.

The government has promised to keep the ratio, which represents a government’s capacity to pay back debt, on a downward track every year until the next election. Ottawa calculates the ratio by dividing total federal debt by the overall size of the economy, as measured by nominal GDP.

Economists say that by focusing on debt-to-GDP, the Liberals could still lower the ratio even if they run annual deficits of up to $25 billion in the coming years — as long as the economy records decent growth.

Morneau has also said that along with the debt-to-GDP vow, the government will stick with its other “fiscal anchor”: balancing the federal books by the fourth year of its mandate.

Experts say balancing the budget in four years will be a much tougher task for the government than reducing the debt-to-GDP ratio.

Contrary to misleading headlines, we are not considering changes to the GST. We are focused on growth and help for the middle class #cdnpoli

Earlier this month, parliamentary budget office projections suggested the government could be on track to run annual deficits up to $15 billion once the Liberals’ costed, big-ticket election vows are included in calculations. On top of that, the party has also made several uncosted promises.

The Liberals also recently conceded their new tax package—which raises taxes on the highest earners and lowers the rate on the middle tax bracket—will actually drain more than $1 billion net from the treasury each year. Initially, the party had projected that the plan would be revenue neutral.
Source: HP