LCBO Could Sell Pot Once It's Legal, Kathleen Wynne Says

Canadians may not notice immediate effects from an international agreement on climate change.

But experts say the deal agreed to by 200 world leaders pushes the country further down a path that will profoundly change how people heat their homes, earn their livings and get from one place to another.

“It requires changes to our mobility, our consumption, our fundamental economics around oil and gas.”

The Paris conference is important mostly because it’s the first time that many countries have agreed that climate is a global issue, said Mark Jaccard, an energy economist at Simon Fraser University. 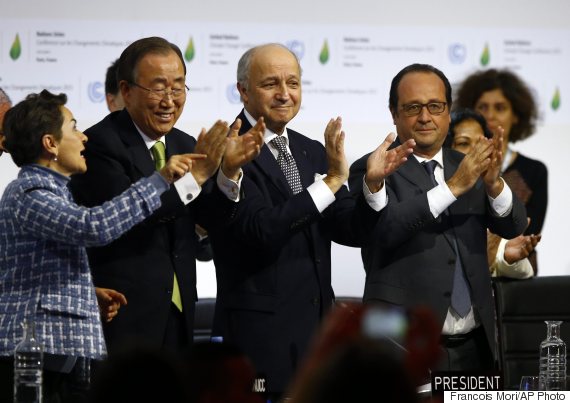 “Almost all international players said we are part of the solution now,” he said. “We never had that.”

Even though reductions announced by various countries won’t limit a rise in temperature to the agreed-on 2 C, it’s a start, said Jaccard.

“It puts in place hope for the future.”

For Canadians wondering how much saving the planet is going to cost them, answers are more likely to emerge from an upcoming meeting between Prime Minister Justin Trudeau and the premiers, which he has promised within the next 90 days.

“What really matters for the people in their living room is what we do in terms of policy development when we get back from Paris,” said Chris Ragan of the Ecofiscal Commission, an independent group of economists and business representatives.

“It puts in place hope for the future.”

While items such as a price on carbon draw the biggest headlines, Ottawa could just as easily turn to regulatory measures that don’t hit taxpayers directly, Jaccard said. California has successfully used low-carbon fuel standards to lower its greenhouse gas emissions.

“You can design regulations that are quite economically efficient and give incentives for innovation.”

“Within Canada, we are committed to improving our performance,” said Tim McMillan, president of the Canadian Association of Petroleum Producers. “We’re investing in technology to do things more efficiently.”

Just as long as everyone plays along, McMillan added.

“This is a global challenge and if this (agreement) has the strength to bring other countries along to improve their performance, it’ll be successful.”

The agreement contains a promise to monitor the climate performance of each signatory country every five years.

Some provinces are likely going to have to do more than others, said Flanagan, depending on how hard and how expensive it is for them to reduce emissions.

“This is a global challenge.”

Alberta Environment Minister Shannon Phillips said Albertans will start to see the implications on their pocketbooks in the province’s next budget. Over the next three months, consultations are to be held on everything from carbon tax rebates to helping coal mining towns shift their economies.