Vancouver Housing Crisis: Here's What Europe Would Do To Solve It

PORTLAND, Maine — A settlement fund for victims of the Canadian oil train disaster that killed 47 people remains on track, and payments to settle wrongful death claims will be delivered next month, a U.S. bankruptcy trustee said.

With all approvals in place, settlement fund participants are wiring payments in a process that will be completed by Dec. 21, said Robert Keach, the court-appointed bankruptcy trustee in Portland. From there, the money will be transferred to a Canadian monitor and a trustee for wrongful death claims, Keach said.

The settlement fund is worth $457 million in Canadian dollars. About $113 million of it will go to settle wrongful death claims, and the wrongful death trustee will begin distributing those checks by the end of January, Keach said. 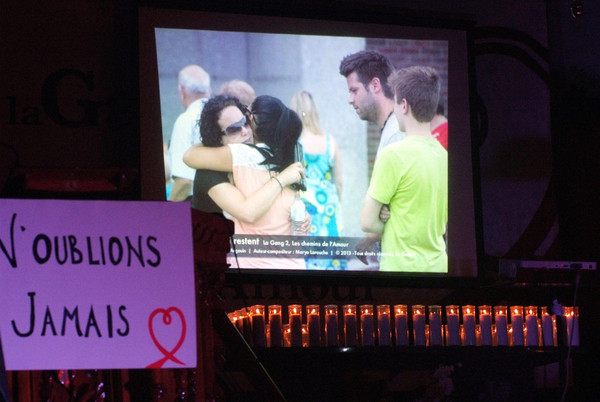 The accident in 2013 killed 47 people and destroyed much of the town’s core. (Agence QMI)

“No amount of money is ever going to make up for what happened. But within the limits of the civil system, all you can do is provide compensation, and we were able to do that,” he said.

A runaway train with 72 oil tankers derailed on July 6, 2013, in Lac Megantic, Quebec, killing 47 people and causing raging fires that wiped out much of the downtown.

The train’s operator, Maine-based Montreal, Maine & Atlantic, filed for bankruptcy, and the settlement fund is part of those bankruptcy proceedings in the U.S. and Canada.

While it may seem that the process has dragged on, the bankruptcy case was resolved quickly considering the legal complexities and the fact that parties are located on both sides of the border.

“You’re always humbled by the fact that this started with an unspeakable tragedy, and the effects of that are not going to go away when the case ends,” Keach said.

But the settlement doesn’t mark the end.

Canadian Pacific is the only party with potential liability to decline to contribute to the settlement fund, and lawsuits against the railroad are now moving forward in several jurisdictions.

“You’re always humbled by the fact that this started with an unspeakable tragedy, and the effects of that are not going to go away when the case ends,” Keach said.

Canadian Pacific contended it bore no responsibility since the train that derailed had a Montreal, Maine & Atlantic locomotive and crew and was operating on MM&A rail. But Keach had argued Canadian Pacific failed to properly classify the crude oil, which came from Bakken region and was as volatile as gasoline.

As for the railroad, the former MM&A track that passes through Lac Megantic is now new ownership. Central Maine & Quebec Railway has left the door open for oil shipments to resume but has said there will be no oil tankers without a public meeting in Lac Megantic.