BC Hydro Hid Millions In Spending From Utilities Commission: NDP

Canadian Companies Are Struggling To Close The Gender Gap

The allegations focus on a BC Hydro five-year plan for information technology and telecommunications and the company chosen to provide the software.

“It is a terrible message to send when you have BC Hydro behaving in this way.”

Adrian Dix, the NDP’s critic for BC Hydro, outlined his concerns in a letter written to Len Kelsey, chair and CEO of the BC Utilities Commission.

“The president of BC Hydro has to take action here,” said Dix in an interview Friday. “I mean it is a terrible message to send when you have BC Hydro behaving in this way.”

In his letter to Kelsey, Dix said that BC Hydro told the utility commission in February 2008 that it had rejected using software made by a company called SAP in favour of a less-expensive product. Dix contends Hydro later reversed its decision, but didn’t acknowledge the change in a proposed budget when Hydro officials met with the utilities commission in October.

BC Hydro also hid elements of its IT plan, breaking up programs and projects into smaller units so the cost would fall below the $20 million bar that would automatically trigger a review by the utilities commission.

“The consequence of this deception, a deception understood across BC Hydro’s management team, meant that the decision to proceed with SAP — a decision that is still being implemented at a cost in the hundreds of millions of dollars — was not reviewed, with severe consequences for BC Hydro rate payers,” he said.

Dix said BC Hydro has already spent $500 million on its IT-system upgrades but only half of the work is finished. 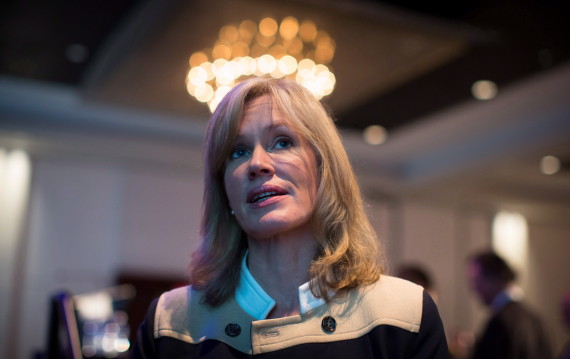 BC Hydro president and CEO Jessica McDonald speaks to attendees after addressing a Vancouver Board of Trade luncheon in Vancouver, B.C., on Wednesday Jan. 21, 2015 (Darryl Dyck/CP)

Jessica McDonald, president and CEO of BC Hydro, issued a statement, calling the allegations “serious,” but she declined to comment on the details until staff have reviewed the documents.

“We are reviewing this carefully and until we have had an opportunity to read through the material and review our own records, we will not be able to respond specifically to any allegations other than to state that BC Hydro fully respects the role of the Commission and has always believed itself to be in full compliance with its processes and procedures,” she said.

McDonald said BC Hydro will participate in any process established by the utilities commission and will “work swiftly” to provide a public response.