TORONTO — Premier Kathleen Wynne is defending the $9.2 billion extra that Ontario electricity ratepayers must fork out for the Liberal government’s green energy initiatives.

Auditor General Bonnie Lysyk says consumers are paying that much more for 20-year wind and solar power contracts signed by the Liberals with private generators than they would have under the old procurement system.

The auditor also found Ontario pays three-and-a-half times the price for solar power than the average in the United States, and twice as much for wind power. 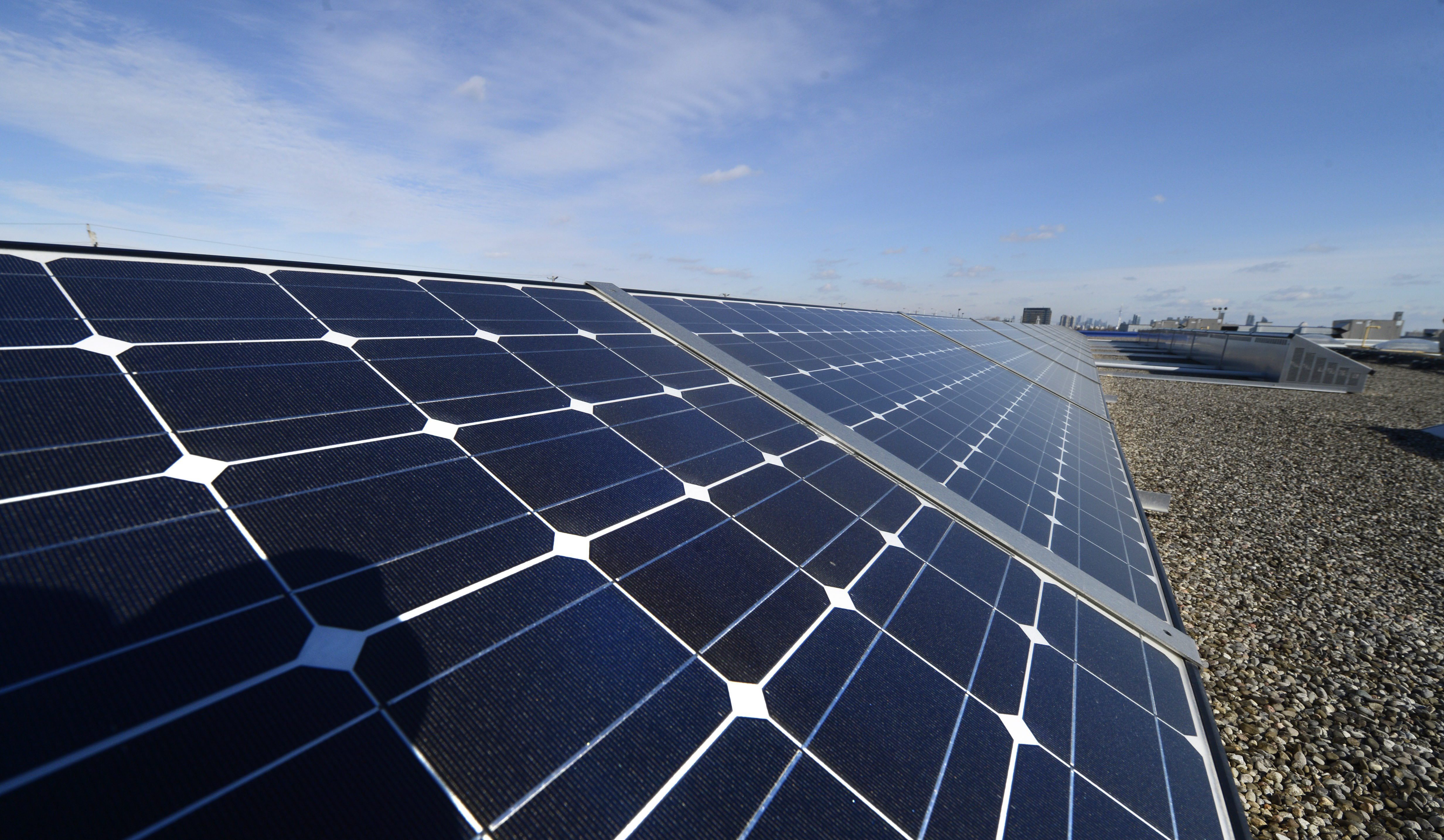 Solar panels installed on the roof the Ikea store in west end Toronto feeds power pack to the grid on Nov. 13 2013.

Wynne says there’s a cost to eliminating coal-fired generation and to adding more clean, renewable energy into the mix, and she believes people should celebrate the fact Ontario has a good, reliable power supply.

She also says getting out of coal has reduced greenhouse gases that contribute to climate change, and will help lower health-care costs associated with pollution, especially for kids with asthma.

Progressive Conservative Leader Patrick Brown says Wynne missed the point of the auditor’s report, which was that Ontario could have reached the same green energy goals without the extra $9.2 billion cost.

“I think the government has mishandled this so badly, and because of political interference and mistakes, every Ontarian will pay $12,000 more for electricity,” said Brown.

Wynne, who just returned from the climate change talks in Paris, said Ontario is ahead of the curve on climate change, noting Alberta will take 15 years to stop relying on coal to generate electricity.

“You only have to look at other jurisdictions that are struggling with air quality, with particulate matter in their air, with families that don’t feel they can let their kids play outside,” she said. “I know we weren’t in those serious straits, but the face is we have reduced our pollution in this province.”