BC Assessment is sending out warning letters to about 37,000 property owners — mostly in Greater Vancouver — to brace themselves for a sharp rise in their property assessments in the new year.

“Increases of 15 to 25 per cent will be typical for single-family homes in Vancouver, the North Shore, Burnaby, Tri-Cities, New Westminster, Richmond and Surrey,” says B.C. Assessor Jason Grant.

And some of the increases will be even more, according a list of examples released on Wednesday morning.

For example one house in East Vancouver built in 1983, which was assessed under $1 million last year, is now assessed at nearly $1.3 million, for a total increase of 28 per cent.

A similar increase of 27 per cent is coming for the owners of a 1971 Burnaby home in the Buckingham neighbourhood, which saw its value rise from $1.47 million to $1.86 million. 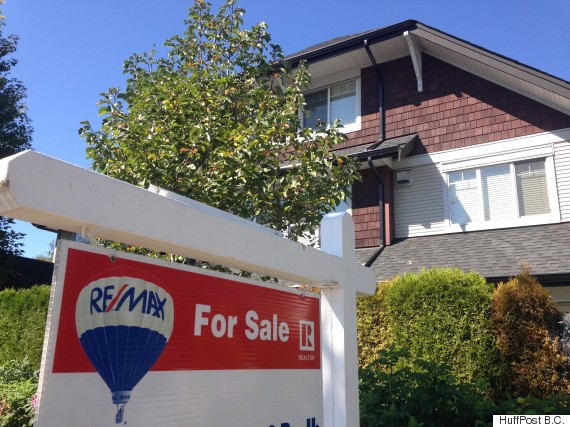 The assessed value of one East Vancouver home (not pictured,) went up by nearly 30 per cent in a year. (Photo: HuffPost B.C.)

The increased assessments don’t mean property taxes will go up the same rate, because municipalities normally adjust their tax rate based on the change in property assessments.

But homeowners whose assessed values increase more than the average in that municipality — owners of single family homes in most cases, as strata assessments will jump less than 10 per cent — will end up paying a greater share of property taxes.

That’s why BC Assessment is sending out early notification letters to about 37,000 property owners who will see their assessments rise by at least 15 per cent.

“We want to ensure impacted property owners are aware of the significant increases and we welcome them to contact us if they have any questions or concerns.”

Full assessments out in January

The full assessments, which are based on the estimated value of the properties in July, 2015, will be mailed out to property owners starting Jan. 4. They will also be posted online at bcassessment.ca.

Commercial property values are also on the rise, up 10 to 25 per cent, with those slated for eventual redevelopment even exceeding those rates.

Increases for the rest of the province are less dramatic, typically between zero and 10 per cent, said the statement.

The total assessed value of all real estate in B.C. rose 5.84 per cent to $1.2 trillion since 2014, according to BC Assessment.

BC Assessment is a Crown corporation that provides property assessments and collects property information for nearly two million properties across the province.