Tax Planning Before The Holidays Will Save You Money, Experts Say

Bananas Under Threat By Deadly Disease, Could Disappear Forever

PARIS — Manitoba has signed an agreement with Ontario and Quebec, formalizing the intent of all three provinces to link their cap-and-trade systems.

The premiers of the three provinces signed a memorandum of understanding today at the climate change conference in Paris.

Under the Western Climate Initiative, the three provinces’ cap-and-trade systems will be linked with California’s. 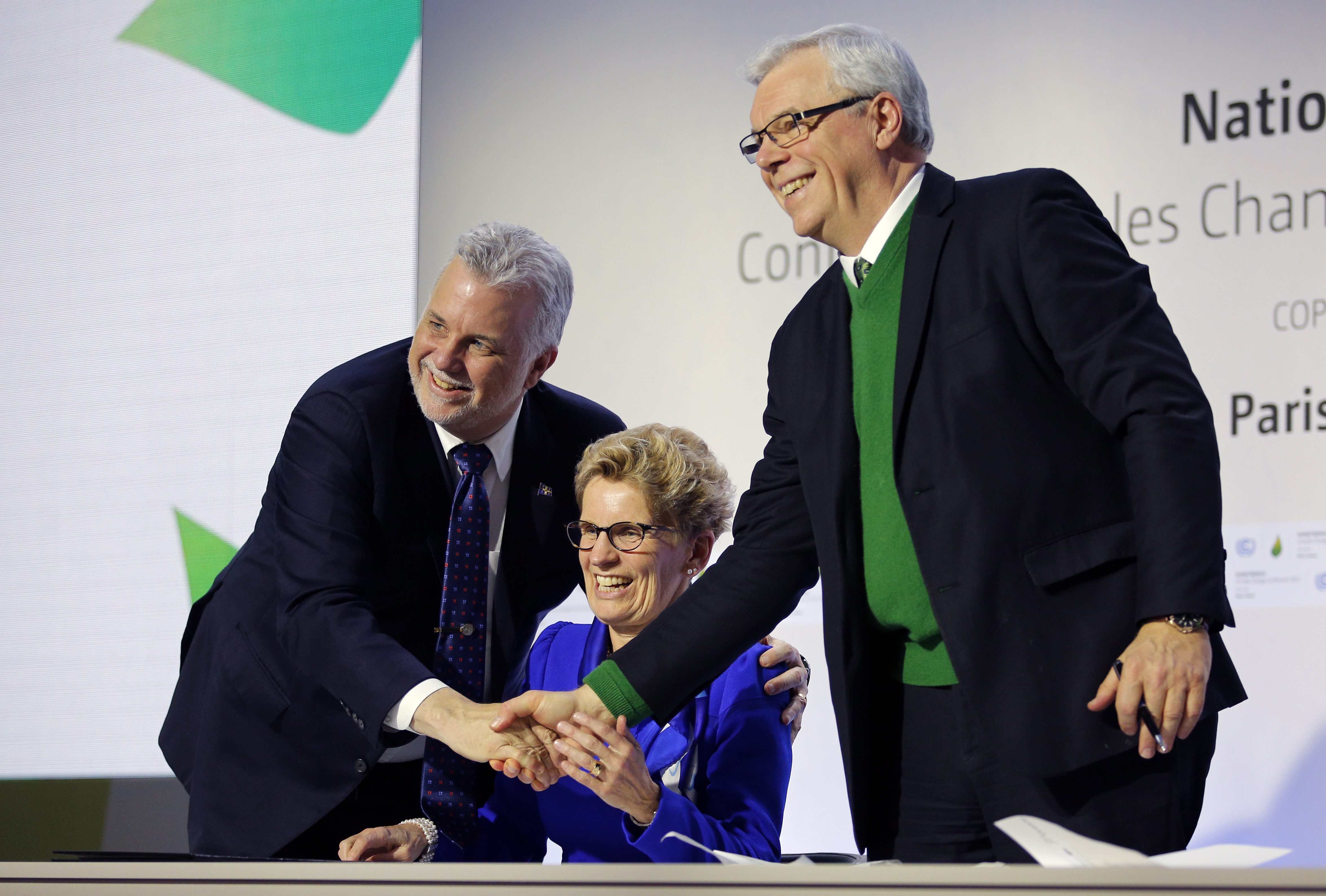 Quebec already has an active cap-and-trade market with California, while Ontario is still working out details as it plans to introduce its system in 2017.

Manitoba Premier Greg Selinger announced last week when he unveiled the province’s climate change plan that it would join Ontario and Quebec by introducing a cap-and-trade program for 20 large emitters.

Speaking today in Paris, Selinger said he believes more states and subnational governments can be convinced to join them in linking cap-and-trade systems, which put a price on carbon emissions in an effort to reduce greenhouse gases.

“I think this agreement allows us to have more tools to make a difference when it comes to climate change,” Selinger said. “We can learn from each other’s experience.”