Islamic Banking Hub Should Be In Canada, Not U.S.: Report

BURNABY, B.C. _—British Columbians may soon be able to buy recreational bud along with their beer, if the unions representing liquor store workers have their way.

The BC Government and Service Employees’ Union and the B.C. Private Liquor Store Association have joined forces to call for legal marijuana to be sold through the existing alcohol retail system.

The partnership, called the Responsible Marijuana Retail Alliance of B.C., advocates for pot to be available in liquor stores by Christmas 2016.

BCGEU president Stephanie Smith said her union has not taken a position on whether it supports Prime Minister Justin Trudeau’s plan to legalize and regulate non-medical marijuana.

“But we do believe that when this happens, it ought to be sold in the most socially responsible way possible, in an age-controlled environment with the strongest track record of checking identification,” she told a news conference Wednesday.

Smith called legalization an “incredible opportunity” for B.C., because it already has an excellent system for distributing and selling alcohol. 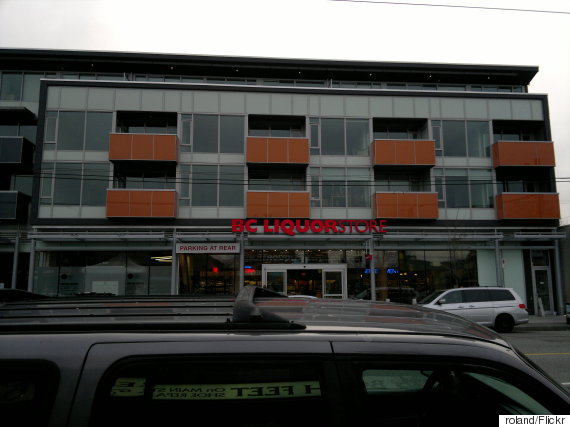 “Creating a new parallel system for the sale of non-medical marijuana will be incredibly costly, time consuming and would divert money from social programs, education and addiction treatment into an additional bureaucracy,” she said.

Damian Kettlewell of the private liquor association said the unions envision a system that is similar to beer and wine industries. Producers of all sizes would sell their product to a central wholesaler at the liquor distribution branch, which would then distribute it to stores.

Kettlewell stressed that the unions only want to sell recreational pot, not medical marijuana, so they don’t expect their proposal to impact existing medical dispensaries.

He also said the federal government should follow in the footsteps of American states that have allowed residents to grow small amounts of marijuana at home for personal use — similar to home brewing.

“The tax revenue from marijuana could fund a host of programs, from addiction recovery, prevention programs aimed at youth, education about the dangers of impaired driving, to more general programs like health and education,” he said.

The details of tax rates and program spending are for the federal and provincial governments to decide, he added.

It’s not clear yet which level of government would give the go-ahead to sell marijuana in liquor stores. Smith said she believes that when the federal government legalizes the drug, it will fall under provincial jurisdiction, similar to alcohol.

Municipalities also exert control over land use and zoning, and Kettlewell said the unions support the right of communities to decide against allowing pot to be sold locally.

B.C.’s Justice Ministry said in a statement that it’s too early to speculate on the specifics of any future legislation or its implementation.

“Marijuana control is a federal responsibility and B.C. will continue to monitor and would participate in any consultation the government of Canada may conduct around proposed changes,” it said.

The federal Justice Department did not immediately respond to a request for comment.

Manitoba Premier Greg Selinger has said government liquor stores are the best place to sell marijuana when the federal government legalizes the drug.

The president of the Ontario Public Service Employees Union, Warren (Smokey) Thomas, has also called for legal pot to be sold in provincial liquor stores.