OTTAWA — The federal Public Safety Department has rejected Air Canada’s request for regular access to security risk assessments, something the airline wanted in order to play a bigger role in passenger safety.

The air carrier has expressed concern to the federal government about accommodating sky marshals on its flights, often at significant cost.

The Canadian Air Carrier Protective Program involves placement of undercover sky marshals, known as in-flight security officers, on select commercial routes to prevent the planes from being taken over by terrorists.

In a submission to a federal review panel, Air Canada said if a marshal requests a specific seat, it must be provided even if it has been sold to a passenger. 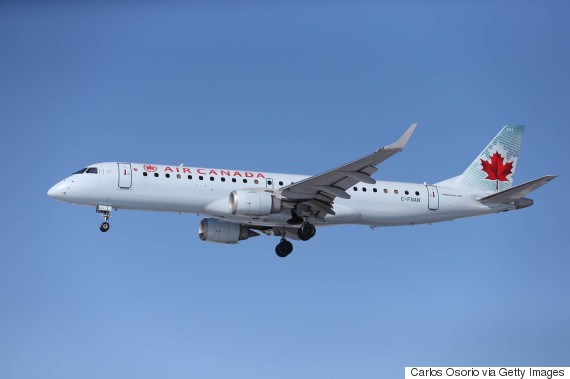 It recommended the RCMP share all data regarding risk assessments for individual flights with airlines, allowing carriers to make educated judgments about whether to cancel a flight.

Air Canada also wants the government to generally focus the sky marshal program only on flights that have “a pre-agreed level of risk,” says the airline’s submission to the federal review of the Canada Transportation Act.

The federal review panel is expected to issue a report sometime this month. However, Public Safety has dismissed the idea of making risk evaluations available to air carriers.

Sirois declined to make anyone from the department available for an interview. Air Canada has refused to discuss security programs or procedures.

Fuelling Air Canada’s frustration is the fact it has provided the sky marshal program more than $100 million in seats over the last five years, with no knowledge as to why a flight requires protection, indicates the submission. “No information regarding risk assessment is shared with the carriers.”

It may be impossible to provide secret intelligence to airlines if it comes from the U.S. Central Intelligence Agency or another foreign source because spy agencies will often attach conditions on further distribution or use of their materials, said Reg Whitaker, professor emeritus of political science at the University of Victoria.

“That seems to me to be the nub of the problem. How do you get actionable intelligence into the hands of those who actually need it without making them necessarily have to go through all the hoops?” Whitaker said.

“If the RCMP isn’t supposed to see something that CSIS has got from the CIA, then they’re sure as hell not going to be sharing it with Air Canada.”

The airline says the sky marshal program is stuck in the immediate post-9-11 era, when the big fear was a terrorist storming the flight deck – a concern that has dissipated now that aircraft have reinforced cockpit doors.

“Today, as the risk onboard has shifted throughout the aircraft, the program should be updated to consider all areas of the aircraft,” Air Canada says in its submission.

Without going into detail, Public Safety says the changes the airline would like to see would “compromise national security.”

Whitaker questions the ongoing value of the sky marshal program.

“You get really highly trained people, and they never have anything to do, and they get bored. And then they want out,” he said.

“My guess is that it may not survive in the long term. It just doesn’t seem to be one that’s worth the amount of money that’s put into it.”