'Star Wars: The Force Awakens' Tickets Are Selling At Insane Prices On Craigslist

The controversial painting of former prime minister Stephen Harper lying on a couch in the nude has sold for more than double its asking price.

Fred Ghahramani, a Vancouver entrepreneur, bought the painting for a reported $20,000 after it was listed on Kijiji for $8,800 earlier this month. 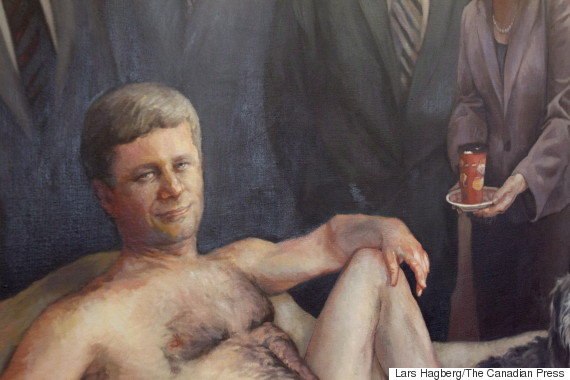 The painting shows figures in suits, their faces out of frame, standing around Harper as he’s laid out naked on a couch. A woman is also seen handing him a Tim Hortons coffee cup.

The image does an effective job of summing up Canada’s government under Harper’s leadership, Ghahramani told The Huffington Post Canada.

“Stephen Harper didn’t listen, that was a common theme in his 10 years in government,” he said.

Ghahramani wants to see the painting become a key image in Canadian history. So he plans on touring it around to high schools and universities across the country.

And he’d love to see students write essays about the painting as they reflect on this part of Canada’s history.

“I think that this 10-year period that we’ve just been through is something that will make its way into political textbooks.”

“When I look back to when I was a student, the textbooks at that time were, contemporary Canadian politics were the FLQ or Meech Lake,” he said. “I think that this 10-year period that we’ve just been through is something that will make its way into political textbooks, because it has been a different way of governing.”

Ghahramani, who grew up in Iran, put $1 million towards the fight against Bill C-51 earlier this year.

He urged the government to repeal the legislation that gave CSIS the power to disrupt terrorist threats, and made it a criminal offence to urge people to commit terrorist attacks. 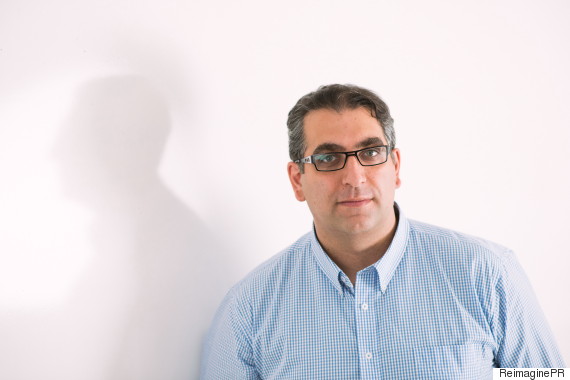 The painting used to belong to retired public servant Danielle Potvin, whose ownership was only revealed after she left the workforce.

Artist Margaret Sutherland said the point of the painting was to draw attention to the level of control that was in Harper’s hands while he was prime minister.

“It’s called the Harper government, right, and we have this one person out in front and the others are supposed to recede into the background and sing the party song as one voice,” she said in 2012. “You don’t get the feeling they’re making individual decisions.”

As for Ghahramani, he told The Huffington Post Canada he’s not sure where he’ll keep the painting for now.

But he’d be happy to see it hang in a museum.