Ampersand Distilling Draws Ingredients From Own Backyard In Duncan, B.C.

We Are No Longer Marketing To Consumers

When Jeremy Schacht and his family set out to open a craft gin and vodka distillery on Vancouver Island a few years ago, he had some specific resources and skills to his advantage — an organic farm to supply fresh ingredients, and a degree in chemical engineering.

“He studied distillation, but as it pertains to petroleum instead of alcohol,” laughed Jessie MacLeod, who, along with the Schachts runs the Ampersand Distilling Company in Duncan.

“His parents are entrepreneurs of course, and it just seemed a good way to fit their organic special farm and his chemical engineering degree together.” 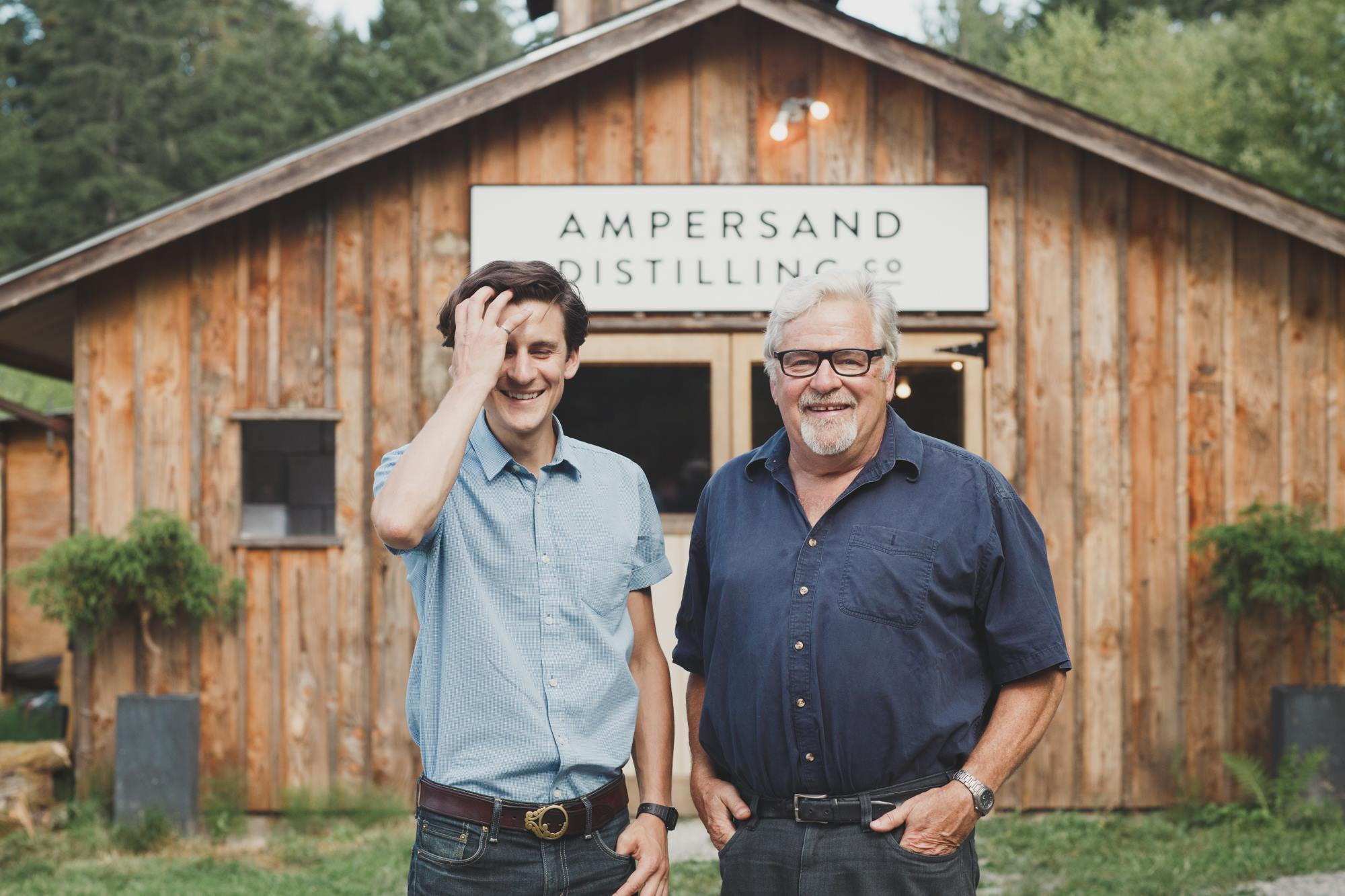 Jeremy and Stephen Schacht created the equipment they use to distil craft gin and vodka in Duncan, B.C. (Photo: Ampersand Distilling/Facebook)

MacLeod, Schacht and his father Stephen Schacht are at the Out of Hand artistan fair in Victoria Nov. 28 to 29.

They are one of seven distillers and winemakers at the fair for the first time, thanks to changes in provincial liquor laws.

Jeremy said he and his father, who is also an engineer, designed and built the custom equipment in the distillery, such as the large mash tun used to soak grains which produce sugars that later become alcohol.

He said he even had to learn how to weld.

“We made everything right from scratch,” he said.

The distillery has now been in operation for just over a year, making craft gin and vodka.

Some of the ingredients used in the vodka and gin come from the family’s five-acre organic farm in the Cowichan Valley.

The water used for the spirits comes from a freshwater spring that the Schachts discovered on their farm.

“We knew there was a spring in the general area but we weren’t entirely sure how much water there was, or the quality,” Jeremy said.

“[We] sent it out for testing and it came back just absolutely pristine — pure spring water. Incredibly lucky on our part, for sure.”

“We make it from organic B.C. wheat and organic and wild harvested botanicals from around the world,” she said.

“We designed the recipe to be great in cocktails and also stellar on its own.”