But Catherine McKenna says any eventual targets set by countries involved in the negotiations likely won’t be legally enforceable internationally because the United States isn’t prepared to accept that as a condition for reaching a deal.

And McKenna says no one expects Canada to announce its own national targets for reducing greenhouse gas emissions in Paris. 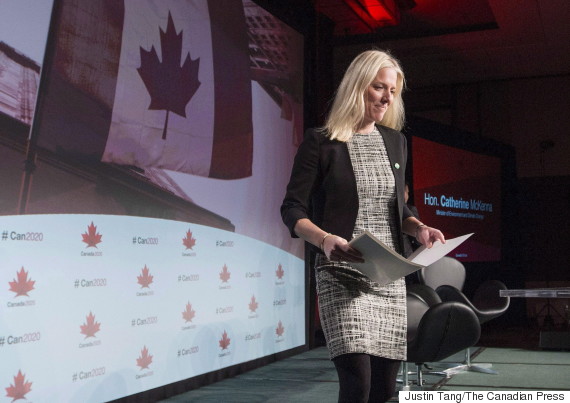 The minister also acknowledges that Ottawa currently doesn’t have the ability to force provinces and territories to live up to their climate change commitments, but wants a mechanism in place by the time ministers come up with a national target months from now.

NDP Leader Tom Mulcair says that, without firm CO2 reduction targets being set, the Paris summit will be a failure.

Mulcair says the Liberal government should be going into the summit with something more ambitious than climate change targets put forward by former Prime Minister Stephen Harper.

McKenna has said her government considers the Harper target — a 30 per cent reduction below 2005 levels by 2030 — to be the least Canada can do.

Prime Minister Justin Trudeau has promised to meet with the premiers 90 days after the conference in the French capital to hammer out a national climate change strategy.

Mulcair says the Liberals are “shovelling” the issue forward for a few months but he says Canada must meet its obligation to slash emissions and combat climate change.

A Canadian delegation including the premiers, Assembly of First Nations National Chief Perry Bellegarde and Mulcair will attend the Paris talks.