An “impatient” Ontario businessman weary of lengthy, bureaucratic processes that can keep refugees out of their host countries is personally ending the waiting game for 50 Syrian families.

Jim Estill says he’s spending at least $1.5 million to privately sponsor the families and help them settle in the southern Ontario city of Guelph. 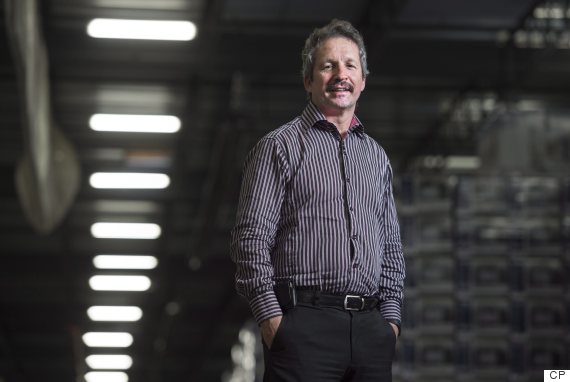 He’s also mobilizing the community to provide everything from housing, language training, clothing and career counselling to the new arrivals.

Estill’s efforts illustrate the complexities of Canada’s private refugee sponsorship program, under which sponsors commit to meeting all of a newcomer’s needs for the first few months of their time in Canada.

Estill says he hopes to see families start arriving in the next six to eight weeks.

He says the decision to sponsor a handful of families in need was an easy one for him to make.

“It’s a humanitarian crisis. It needs to be dealt with, and I wasn’t finding that other organizations or government were doing things fast enough,” Estill said in a telephone interview.

“I’m a businessperson, I’m very impatient, and we should just do it now.”

“I wasn’t finding that other organizations or government were doing things fast enough.”

The wheels of Canada’s refugee system do not always turn quickly, particularly when newcomers are being brought to the country by private sponsors rather than via a government-run program.

Guidelines published by Citizenship and Immigration Canada spell out the process, complete with the many restrictions in place at each stage.

Only certain classes of refugees are eligible for private sponsorship, and those sponsorships can only be undertaken by groups or individuals prepared to assume the considerable responsibilities of resettling new arrivals.

There are also slightly different regulations for those identifying a specific refugee to sponsor and those who are willing to be matched with pre-approved applicants, but in both cases the expectations are the same — sponsors must be prepared to handle all of a refugee’s expenses for either the first year of their residency or until they become self-sufficient, whichever comes soonest.

This entails providing a standard of living that’s at least in line with social assistance levels in the sponsor’s home province. In Estill’s case, he estimates needing to spend a minimum of $30,000 for each family that enters the community.

Community Stepping Up To Help


While he’s perfectly prepared to put up the cash, the logistics of welcoming and establishing 50 families are beyond the scope of one individual, he said.

To that end, he’s been working his way through community contacts to persuade people to contribute.

“All of what we’re doing is volunteerism,” Estill said. “We’re not paying anybody, we’re just calling friends and saying, ‘listen, I need a favour here.'”

Estill said the community has stepped up in spades. The local Salvation Army branch has agreed to round up clothes for the newcomers. Two hotels have committed to putting the refugees up for their first few nights until more long-term housing can be arranged.

Families have signed on to welcome people into their homes, and enough volunteers have come forward to ensure that each family can be matched with one English-speaking and one Arab-speaking mentor upon arrival. These mentors will be instrumental in helping refugees set up bank accounts, acquire official identification, enrol in schools and officially settle into the Canadian system.

“We’re not paying anybody, we’re just calling friends and saying, ‘listen, I need a favour here.'”

English language coaching and career counselling will also be available, Estill said, adding that the project is benefiting from a piece of good luck.

“There is actually an imbalance, there are more jobs than there are people right now. I have employers lining up, basically, he said. “If you have 50 families, you’re probably only going to have 75 people who want jobs…I have single employers that will take 75 people.”

Government Paying For Some Expenses


Estill’s total cost is less than it might be in ordinary circumstances. The political turmoil causing refugees to flea Syria in droves has prompted the government to ease restrictions and pick up the tab for expenses they wouldn’t normally shoulder.

Ottawa will pay for medical and travel costs for privately sponsored refugees fleeing the country. Health-care coverage will also be provided by the federal government, a departure from normal protocol in which the province assumes those costs.

Prime Minister Justin Trudeau has committed to bringing 25,000 refugees into Canada over the next several months, about 10,000 of whom are expected to be privately sponsored.