Ferrari's Hometown, Maranello, Is Getting Sick Of The Sound Of Peeling Tires

MARANELLO, Italy — In the streets of Maranello, the hometown of Ferrari, the roar of the famed sports car is no longer the occasional bragging right of a proud new owner, but a constant backdrop as a number of test-drive businesses give would-be Schumachers the chance to rev up and peel out.

The howl of engines is disturbing residents’ tranquility — including the afternoon siestas — and the risk of speeding cars is a safety concern, say city officials, who have started cracking down on the businesses. With 37 super cars available for test drives in a city of 17,000, complaints have been mounting.

“They are obviously big cylinder cars that are very powerful, and they are circulating on the same streets with regular traffic,” says Maranello Mayor Massimiliano Morini. “You can understand that this creates a very big problem of cohabitation for those living nearby who understandably want and have the right to rest.” 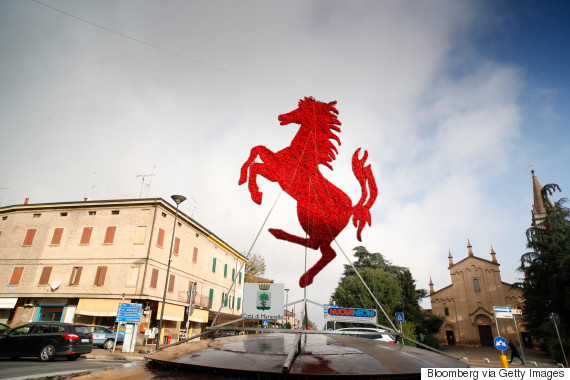 A prancing horse figure stands in the centre of Maranello, Italy, on Thursday, Oct. 15, 2015. (Bloomberg via Getty Images)

The test-drive businesses have been cashing in on the super car maker’s global appeal by offering aficionados without the wealth to buy their own hot wheels a high-powered spin “for the price of a dinner out,” as one business owner put it. That translates to 80 euros ($85) for a 10-minute drive in a Ferrari F430 Spider. For a two-hour spin in a Ferrari 458 Special, the check goes up to 1,400 euros ($1,485).

While such businesses exist in cities around the world, from London to Paris to Las Vegas, driving a Ferrari around Maranello is an unrivaled experience for the true Ferrari fan.

So far, there have been no significant accidents in Maranello, according to city officials, and the test-drive business owners say the most damage has come from scraping wheels on curbs. All test drives are accompanied by a trained race car driver.

That hasn’t lessened safety concerns, however. Maranello’s police force conducted more than 450 traffic controls involving the super cars in the first nine months of the year, with 305 fines issued over the last five years, according to city statistics. 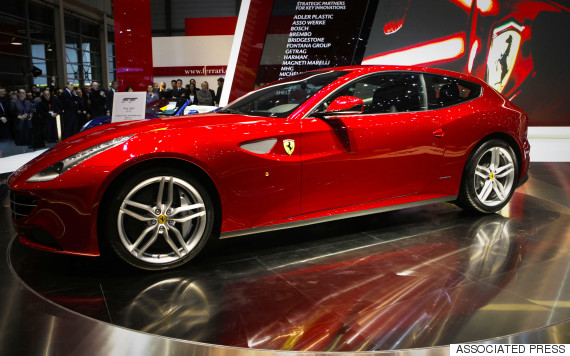 Maranello and neighbouring Fiorano have teamed up to tighten rules limiting hours that the test drives can take place. They essentially cut out a couple of hours in the early afternoon and ban companies from soliciting customers near the gates of the Ferrari museum, which is visited by 300,000 people each year. To improve compliance, Maranello has imposed an eight-day suspension after the third citation, which Morini says is a bigger deterrent than the previous 500-euro fine.

Business owners say the rules have cut off oxygen to their enterprises.

“We are entrepreneurs, and we are in a tourist town, and I can’t promote my business,” said Maja Corluka Valestri, owner of Pit Lane Red Passion, adding that the economic damage from the new rules was already evident. “We have lost 80 per cent of business.”

Having to turn away customers during what were peak business hours has been particularly difficult.

“It’s like asking a restaurant to close between 1 p.m. and 2 p.m.,” Stefano Ravazzini, owner of Push-Start, which was the first to launch the test-drive service six years ago.

Having lost a court battle challenging the rules as anti-business, the company owners are evaluating the next step to save their investments, which for the largest can include 10 Ferraris and facilities such a souvenir shops and cafes.

The everyman enterprises are in many ways anathema to Ferrari’s exclusive market position.

The centrifugal push back into a leather-clad seat as a Ferrari accelerates from 0 to 100 kpm (62mph) in just over 3 seconds is meant to be a thrill attainable only for those who can afford the nearly 200,000 euro starting sticker price, and that is limited to just over 7,000 new cars a year.

It’s not entirely clear, however, that the businesses actually harm Ferrari’s well-tended image, even as Chairman Sergio Marchionne tries to turn Ferrari into a luxury goods maker in the image of say, Hermes or Armani, tapping additional revenue with a yet-undisclosed line of new products. Part of that process includes spinning off Ferrari from its mass-market parent Fiat Chrysler Automobiles NV, expected in January accompanied by an additional stock listing in Milan.

“In some ways, it almost highlights how special the true Ferrari owners’ experience is,” said Robert Haigh, an executive with the London-based Brand Finance asset value consultancy. A spokesman for Ferrari declined to comment on the enterprises.

While the short-term test-drivers “will go away empty-handed,” Ferrari owners get a VIP experience, including a factory tour, atelier experience personalizing cars down to contrast stitching on the leather seats and maybe even a few laps around the famed Fiorano Formula 1 test track.

“It sort of brings home that it is not just a personal pet project of yours,” Haigh said. “You see what demand there is in the rest of the world, and you get to have the real experience.”
Source: HP