With the Canadian dollar going south, rich Albertans are looking west as they snap up ritzy vacation properties in British Columbia.

Whistler, Sun Peaks, and Vancouver Island are just a few places where buyers from Wild Rose country are shelling out for recreational homes.

They’re helping to drive some real estate markets to their best results since the 2008 recession, according to Elaine Hung, vice-president of marketing with Sotheby’s International Realty of Canada.

“For Canadian snowbirds, as well as Canadian travellers, they’re now looking at local destinations to travel to,” Hung told The Huffington Post B.C. in an interview. “With local tourism comes an increase in purchasing recreational property in these real estate markets.”

The dropping value of the Canadian dollar — which has sunk from US$0.88 last year to $0.75 on Monday — is part of the reason Albertans are turning away from vacation properties in areas such as California and Arizona, or Sun Belt destinations like Hawaii and Mexico. 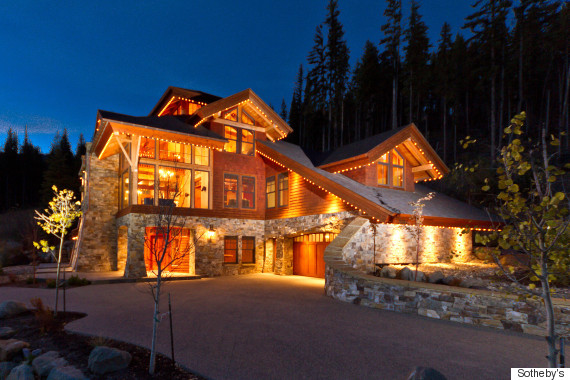 This timber frame home at the Sun Peaks ski resort is on the market for $3.6 million. (Photo: Sotheby’s)

The trend has been a boon for places like Whistler, an international ski resort that saw its best September for real estate since the economic meltdown seven years ago, Hung said. Sun Peaks’ real estate market has also seen a rebound, she added.

Hung said while buyers from Alberta are on the increase, international and B.C. buyers are still in the game.

Her comments come months after a report from Royal LePage showed a surge in buyers picking up cottages, cabins and chalets in B.C.

The Canadian dollar and falling oil prices were both cited as factors at the time.