Where Millennials Are Choosing To Live In Canada

The recent news that settling 25,000 Syrian refugees in Canada will cost $1.2 billion over the next six years has some questioning whether the government’s humanitarian mission is worth the price.

But many experts say cost is just one side of the equation. On the other side are the economic benefits to be had from the arrival of refugees from a country known for its relatively skilled work force.

And they say those benefits could be particularly helpful to Canada’s have-not regions that are struggling with long-term economic stagnation. 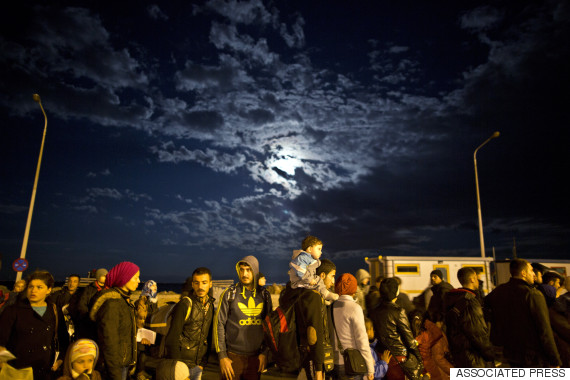 A Syrian refugee child, Mohammed, center, sits on his uncle’s shoulder while lining at the port of Mitylene on the northeast Greek island of Lesbos, waiting their turn to get on board a ferry traveling to Athens, Wednesday, Nov. 25, 2015. (AP photo)

Atlantic Canada has been facing low population growth and an aging workforce for years, and some business leaders there are pushing to make sure the region gets its share of refugees.

Rob Batherson, chair of the Halifax Chamber of Commerce, says the working-age population in his area is shrinking.

“We need new, younger people to come into the economy to contribute, to set up businesses, employ other Nova Scotians and expand our tax base rather than manage with a shrinking tax base,” he told CBC Nova Scotia.

“Many of today’s most successful business leaders were refugees from Lebanon, from the civil war in the ’60s and ’70s … [They] come into Nova Scotia, create wealth, create jobs, increase tax revenue. So what I’m excited about … is who in that class of refugees will be the next Nova Scotia success story for the next 30 years?”

The city of Halifax would benefit from an influx of refugees, the chair of the city’s chamber of commerce says. (Getty photo)

“Particularly with the refugees that are coming from Syria, you’re talking about predominantly middle class folks, professional folks,” she said. “And they’re coming to a new community and bringing with them those resources.”

One of the strongest economic arguments in favour of taking in refugees is that it worked the last time. Canada took in some 60,000 Vietnamese “boat people” starting in 1979, and research suggests they have been an economic success story.

According to Ryerson University professor Morton Beiser’s 1999 book “Strangers at the Gate,” the Vietnamese boat people arrived with little English or French, no assets and inappropriate job skills for Canada’s economy.

But within a decade of their arrival, the former boat people had an unemployment rate 2.3 percentage points lower than Canada as a whole, and relied less heavily on social assistance than the general population. One in five had started their own business.

Beyond the question of refugees, a growing number of experts say Canada will have to increase the number of immigrants it takes in to offset an aging population and a low birth rate.

The Conference Board of Canada estimated last year that the country will have to raise the number of immigrants arriving annually to 350,000 within the next 20 years, from around 250,000 a year today.

“Indeed, in the absence of high immigration levels, Canada’s population will shrink, our economy will suffer, and our standard of living will decline.”

El-Assal noted that when Canada launched its “points system” for immigrants in 1967, it made the country a world leader in economic immigration.

But today, other countries such as Australia, Germany and the U.S. are catching up, and Canada finds itself in competition for skilled migrants.

“A multi-faceted approach to change that incorporates all three levels of government, employers, communities, immigrants, and other stakeholders, is needed to modernize our national immigration program and blaze a new trail,” El Assal wrote.
Source: HP