OTTAWA — Cities are going to need federal and provincial financial support very soon if they are to house 25,000 refugees over the next few months, says the mayor of Canada’s capital city.

But rental accommodation – likely at market rates – is going to be expensive, he said Thursday, and other levels of government will have to provide cash to pay for the housing as the refugees arrive, probably within the next two weeks.

“We’re going to need some financial resources because most of the refugees will, in fact, be going into private apartments, which are at market rent,” Watson said outside the British High Commission on Thursday after helping to launch the local Salvation Army’s Christmas charity drive.

Watson said he stressed the need for cash in speaking Wednesday with Ontario’s municipal affairs and housing minister, Ted McMeekin, and got a positive response.

“There certainly is a lot of good will,” said Watson.

“They understand that we’ll do a lot of the grunt work to get the places ready, but we’re going to need help to help pay for them.”

With social housing at a premium, and long waiting lists for it, using subsidized housing to accommodate refugees is out of the question, he said. 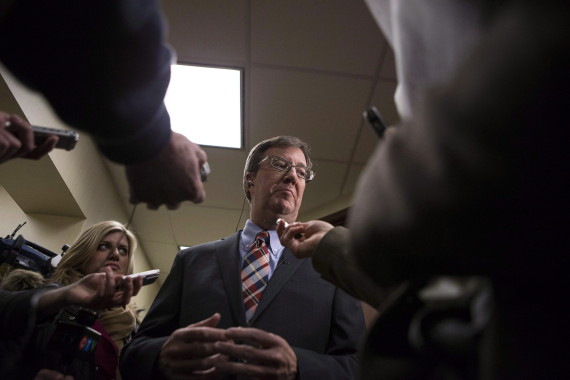 Watson added that while most people in Ottawa support aiding the refugees, there is a small segment of the population voicing criticism and calling on the city to help struggling families already living in the capital before assisting new arrivals.

“I would say it’s probably 10-to-one in favour of us accepting refugees (but) there’s always a small element in society where people who just don’t want refugees, ‘take care of your own,’ that kind of an attitude,” he said.

“But the fact of the matter is that (refugees) are suffering, winter is coming, they’ve lost everything, and it’s the least we can do.”

There was a mix of public reaction Wednesday – ranging from pride to outrage – to online articles detailing the announcement of a Quebec government plan to take in 7,300 Syrian refugees by 2017.

“I’m a Quebecer and I’m glad we are doing our part,” one commentator wrote on Twitter.

“Shame on Canada for refusing Jewish refugees in the ’40s. I’m glad we aren’t doing the same mistake twice.”

“Let’s get our own house in order first,” another commentator wrote while lamenting the widespread use of food banks by some of Canada’s poorest.

It’s expected most or all of them will settle initially in Winnipeg.

The province issued a call to landlords of rental units to step up with offers of housing for refugees who are not privately sponsored.

Rental units would be paid for by the federal government for one year, the province said.

In Ontario, behind-the-scenes logistics in preparation for the refugees’ arrival have been frenzied, with municipal, provincial and federal officials in constant contact with each other to ensure they are ready, said Watson.

Some local organizations have come forward with offers to provide housing, he said, including a group in the city’s west end that has 40 winterized cabins available.
Source: HP