Black Friday Spending Could Be Lower Among Canadians This Year

B.C. Trade Missions Fail To Deliver The Bang For The Buck

Albertans Need To Set Their Personal Budgets To Survival Mode

But the holiday shopping scene overall could be quieter in Canada this year, as Canadians opt to restrain their spending.

While some analysts predict stronger sales this year than last, a study released by credit report agency Equifax Canada suggests otherwise. It shows that most Canadians (53 per cent) plan on spending the same amount on holiday shopping this year as last. 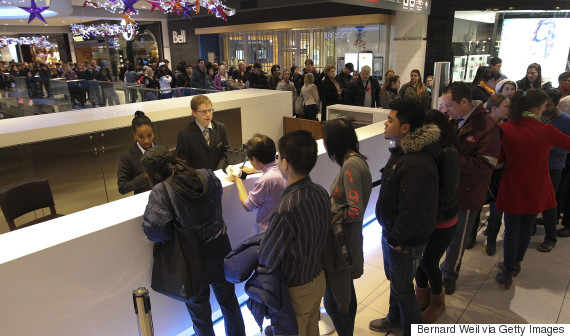 A line forms inside Eaton Centre where $10 gift certificates were being handed out to the first 100 customers on Nov. 23, 2012. The mall opened early for Black Friday customers. (Photo: Bernard Weil/Toronto Star via Getty Images)

However, 34 per cent plan on spending less on gifts in 2015, while only six per cent expect to spend more.

Equifax’s study was carried out by Leger Marketing, which derived responses from 1,557 Canadians between October 5 and 8. The survey had a 2.5 per cent margin of error.

The findings echoed the results in a study by analytics firm SAS, which found that Canadians “lead the pack” among shoppers who plan to spend less this year.

It found that one in five Canadians plan to grip their wallets a little harder in 2015, more than customers in the United Kingdom, the United States, Australia and New Zealand. 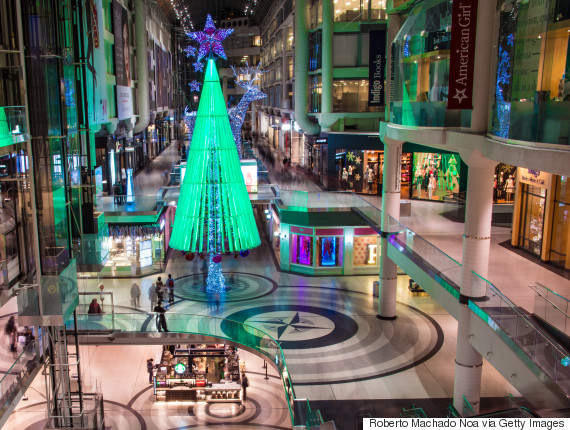 But both were at odds with a separate report by management consulting firm Accenture, which determined that 34 per cent of Canadians planned on spending more in 2015.

The firm determined this by surveying 1,510 shoppers in Montreal, Toronto and Calgary in October.

Equifax’s research also provided insights into precisely how people plan on doing their shopping for the holidays. 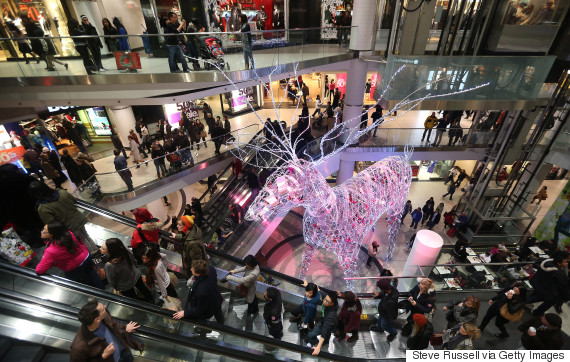 Shoppers rush about a busy Eaton Centre making purchases and enjoying the light throughout the busy mall on the last Saturday of shopping before Christmas in Toronto on Dec. 22, 2012. (Photo: Steve Russell/Toronto Star via Getty Images)

Only one per cent said they would do all their shopping online.

And while a vast majority of Canadians (78 per cent) plan on buying gifts using credit or debit cards, over half of them say they’re “more concerned now about identity theft as compared to a year ago,” Equifax’s study said.

Women were more likely to worry about it than men, and among age groups, millennials were least likely to be concerned about the safety of their data.