VANCOUVER — The City of Burnaby’s bylaw battle against the Trans Mountain pipeline has been shut down by a B.C. Supreme Court judge who has declared that the National Energy Board rules take precedence over the city’s.

The Metro Vancouver city has tried to hamper preliminary planning in advance of laying the 1,100-kilometre-long pipeline between Alberta and coastal B.C. through two separate bylaws.

But Justice George Macintosh said in a ruling posted online Monday that the National Energy Board has the constitutional power to direct or limit the enforcement of Burnaby’s bylaws. 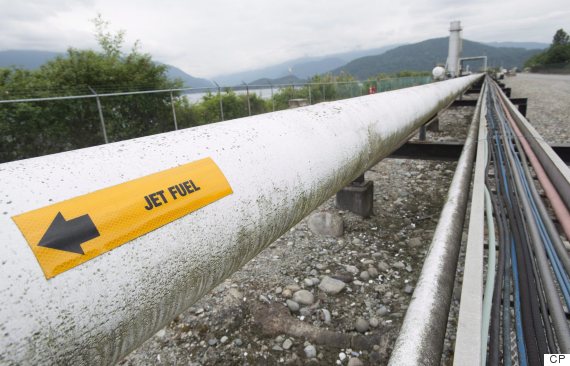 A section of pipeline at the Kinder Morgan Trans Mountain Expansion Project in Burnaby, B.C., on June 4, 2015. (Photo: Jonathan Hayward/CP)

Macintosh said the energy board can take such action when city bylaws interfere with or block the regulation of the pipeline and expansion project, ruling NEB laws are supreme.

“The provincial law remains valid but becomes inoperative where its application would frustrate the federal undertaking.”

Macintosh ruled the city’s bylaws were lawful but constitutionally inoperative and inapplicable. 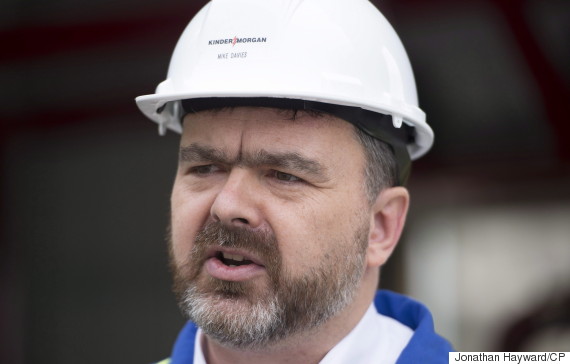 “Burnaby appears from the filed evidence to be using the bylaws to make Trans Mountain’s preliminary work on the expansion project difficult, if not impossible, to undertake,” he added.

A spokeswoman for the City of Burnaby said officials received Macintosh’s ruling on Monday and will be reviewing the decision and considering an appeal.

Ali Hounsell, with the Trans Mountain expansion project said in an email that the court’s decision simply reaffirms earlier rulings upholding the NEB’s jurisdiction as it relates to the project.

Macintosh decided not to rule on a separate constitutional question raised by the city, calling the question “an abuse of process.” 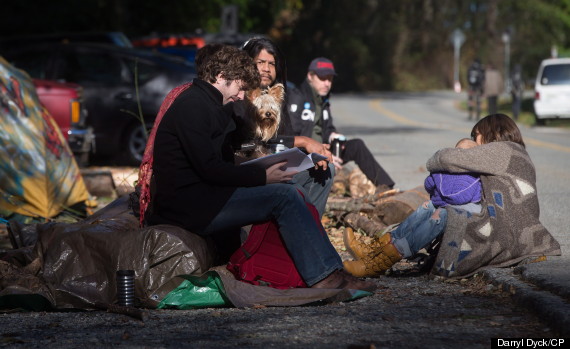 In that question, the city asked the court to rule that the energy board did not have the “constitutional jurisdiction” to direct or limit the enforcement of bylaws by the city.

Macintosh declined to answer the question, noting the city had failed to win the same argument in earlier hearings before the Federal Court of Appeal and the energy board.

The city was ordered to pay the company’s legal costs.

The dispute dates back to Dec. 16, 2013, when Trans Mountain asked the energy board for a certificate for the expansion project. 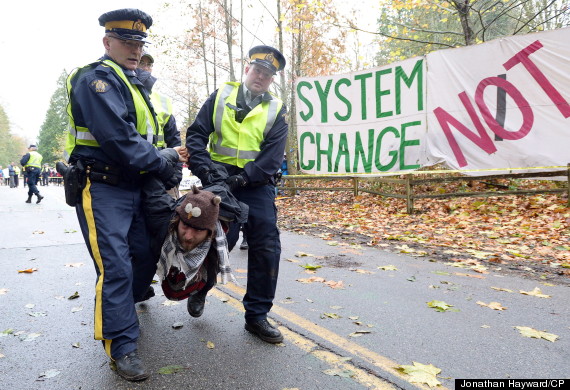 A protester is arrested on Burnaby Mountain in late 2014 after violating a court order to stay away from the Kinder Morgan work site. (Photo: Jonathan Hayward/CP)

A judge later tossed out civil contempt charges against many of the activists who were arrested for violating a court injunction ordering them to stay away from the drilling areas.

The company admitted that it had provided the wrong GPS co-ordinates when it asked for the original court order and the measurements were so inaccurate that the site was outside the area covered by the injunction.