Despite high levels of youth joblessness and a relatively pessimistic mood among young workers, Toronto has the best economy for young people among 35 major world cities, a new survey says.

Toronto beat second-place New York and third-place Chicago as the city that best enables young people to thrive economically, in the survey carried out for the Citi Foundation by the Economist Intelligence Unit. It was the only Canadian city surveyed. 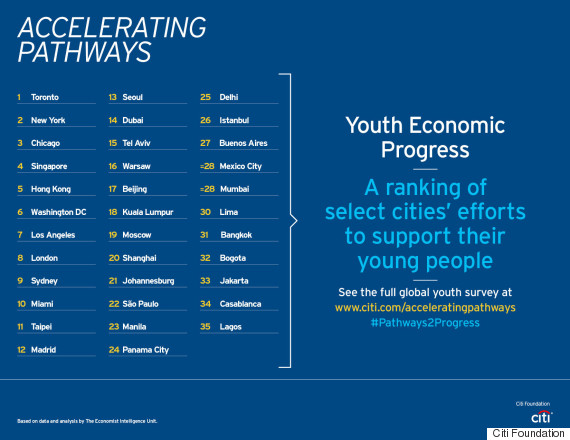 The index scored the cities on 31 criteria, including the economic growth rate, government policies supporting youth, and youth employment, education and health.

Toronto was praised for its government youth programs, such as PAYE (Partnership to Advance Youth Employment), which matches private-sector employers with job-seeking youth.

Toronto ranked first for ease of opening a new business, government support for young workers and quality of employment opportunities, among other things. 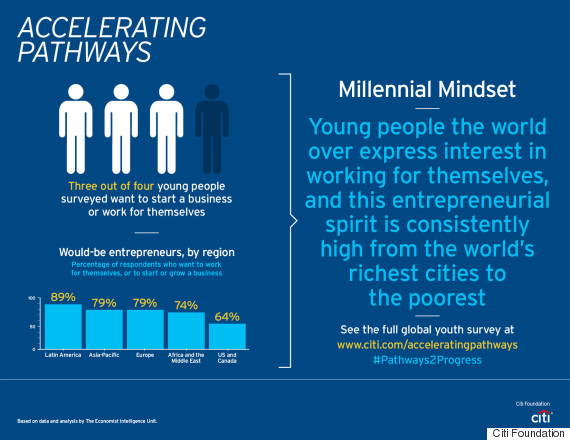 But the city falls far behind on three metrics: Growth in jobs for youth, overall economic growth (on both of which Toronto ranked 28th out of 35), and youth optimism about the future, where Toronto ranked 30th out of 35th, making the city’s youth among the most pessimistic in the survey. While 75 per cent of youth worldwide said they are optimistic about the future of the economy, in Toronto that number was barely above 60 per cent.

The survey notes the youth unemployment rate in Toronto is 18 per cent, more than double the city’s overall rate.

“This is particularly striking given that adult employment has improved substantially since the start of the economic recovery,” the survey states. 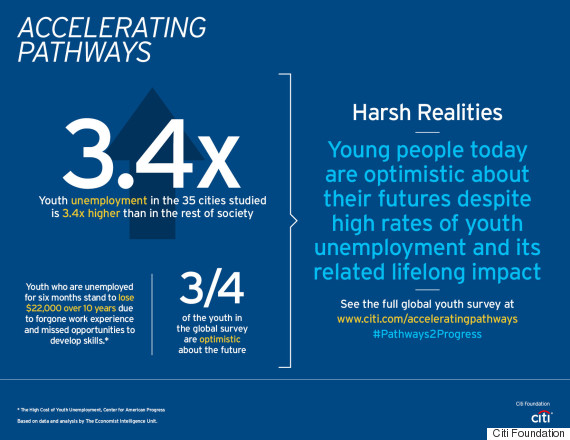 The survey pins some of the blame on the decline of Ontario’s manufacturing base, which it said resulted in “a pronounced shift towards a service-oriented economy (financial services, retail and hospitality).”

That, the report said, has led to a decline in high-paid, full-time jobs in favour of lower-paid, part-time or contract jobs.

For those reasons, “things will remain difficult for young people in Toronto for some time,” the report concluded.
Source: HP