EDMONTON — Alberta took what it hopes will be the first step toward shedding its status as international environmental pariah Sunday by revealing a sweeping climate change plan.

The plan, the result of months of study and public input, will introduce a broad-based carbon tax that would apply across the economy. The government will move to phase out the province’s coal-fired power generation by 2030.

And it will introduce a hard cap on greenhouse gas emissions for the oilsands.

“This is the day we step up, at long last, to one of the world’s biggest problems — the pollution that is causing climate change,” Premier Rachel Notley said as she announced her government’s new policy in Edmonton on Sunday. 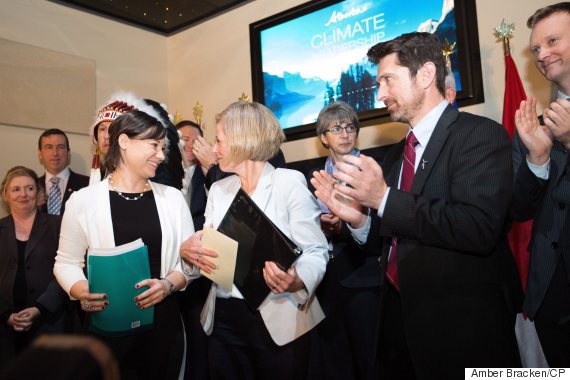 “I’m hopeful these policies will lead to a new collaborative conversation about Canada’s energy infrastructure on its merits and to a significant de-escalation of conflict worldwide about the Alberta oilsands.”

Notley made the announcement on a stage packed with representatives of groups that have in the past often been at each other’s throats over this issue.

But joining her Sunday were leaders of major energy companies, environmental groups and First Nations.

“The framework announced today will allow the ongoing innovation technology, investment and growth in the oil and gas industry at the same time we are looking to reduce overall carbon emissions,” said Murray Edward of Canadian Natural Resources Ltd.

“This is the day we step up, at long last, to one of the world’s biggest problems — the pollution that is causing climate change.” — Premier Rachel Notley

Said Ed Whittingham of the clean energy think-tank the Pembina Institute: “I think the world needs more of this kind of leadership.”

Starting in 2017, Alberta will apply a $20-a-tonne price on carbon emissions that will cover about 90 per cent of the economy, including essentials such as gasoline and home heating fuel. That price will increase to $30 the following year.

That $30 will add about seven cents to the cost of a litre of gas. The total cost of the increases will be about $500 a year for an average family, the government calculates.

That money — about $3 billion in 2018 — will be used in part to rebate middle and lower income families. About 60 per cent of households will have at least some part of their carbon tax bill repaid.

“I think the world needs more of this kind of leadership.” — Ed Wittingham, Pembina Institute

The rest will go to programs to ease the transition away from coal for communities and workers dependent on that industry, as well as to innovation programs and energy efficiency measures.

Eventually, said Notley, the carbon taxes could be dedicated toward paying down public debt.

Large emitters will continue to be regulated based on their carbon emissions per barrel of oil, although those requirements will be more stringent.

By 2030, about 30 per cent of Alberta’s power will come from renewables. A mediator will be appointed to work out the contentious details of plant closures with power companies, who were not represented at the announcement.

The oilsands will be limited to a total of 100 megatonnes of emissions — about 30 megatonnes more than the industry now emits. That gap will be largely filled by projects now being built.

That means if oilsands producers want to pump more oil, they’ll have to do it in a way that stays under the cap. 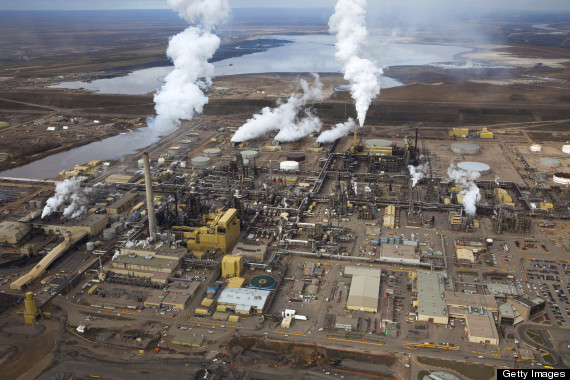 “I need to look at the details, but I think I’m seeing some real leadership here,” he said.

“It’s not the economist’s perfect (model), but it’s real-world. I’m seeing policies I like.”

The announcement is the result of months of consultation and study by an expert panel convened to help the government write the policy. Andrew Leach, a University of Alberta energy economist, led the panel, which received thousands of pages of submissions from citizens, industry and environmental groups.