NEW YORK — An outbreak of E. coli linked to Chipotle that originated in the Pacific Northwest has spread south and east and has now infected people in six states.

New cases have been reported in California, New York and Ohio, the Centers for Disease Control and Prevention said Friday. The first cases were discovered late last month in Oregon and Washington, and more recently in Minnesota.

Investigators have yet to determine the specific ingredient linked to the illness.

So far, 45 people have been infected, with 43 of them saying they ate at Chipotle in the week before they became sick. The CDC said it is aware of illnesses starting on dates ranging from Oct. 19 to Nov. 8. The agency said that illnesses that took place after Oct. 31 may not have been reported yet.

Chipotle Mexican Grill Inc. closed 43 restaurants in Oregon and Washington in late October after health officials discovered most of the people sickened in the outbreak had eaten at its restaurants. The restaurants have since reopened. 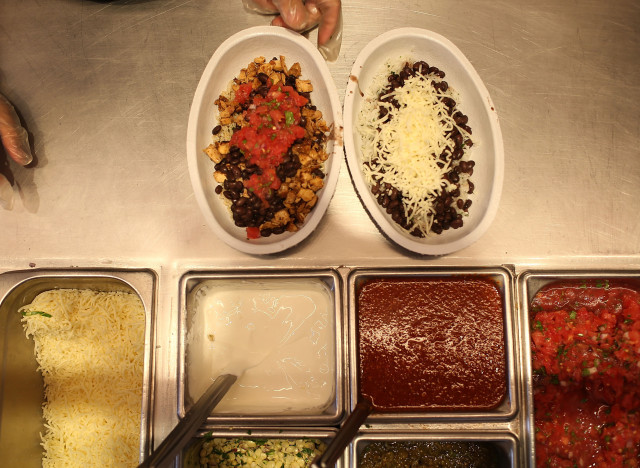 “At the moment, we do not believe that it is necessary to close any restaurants,” Chipotle spokesman Chris Arnold said in an email. He said the company has taken measures including deep cleaning in restaurants, replacing ingredients and providing supply chain data to investigators.

Chipotle, based in Denver, has more than 1,900 locations and has gained popularity by touting the freshness and quality of its ingredients. Earlier this year, the company ran into trouble after suspending a pork supplier that violated its animal welfare standards. That led to a shortage of carnitas at hundreds of locations around the country, which the company said dampened its sales growth.

On news Friday that the outbreak had spread, shares of Chipotle plunged more than 12 per cent to a new low for the year.

Chipotle said affected individuals reported eating at two restaurants in Turlock, California; one in Akron, Ohio; one in Amherst, New York and one in Burnsville, Minnesota. The company said it is not aware of any employees who have become ill.

Bill Marler, a Seattle attorney representing people who have been sickened, said the spread of the outbreak will make it easier to determine the source.

“It helps investigators link up to a perishable item,” Marler said. “What they’re really focusing on right now is the supply chain. What’s the common denominator? Who supplied what product to these stores?”

Of those sickened, two have been in California, two in Minnesota, one in New York, one in Ohio, 13 in Oregon and 26 in Washington, according to the CDC.

Sixteen people have been hospitalized, but there have been no deaths, the agency said.
Source: HP