Leading The Way For Japanese Women In The Workforce

On November 15-16, 2015, G20 Leaders met in Antalya, Turkey, to determine further collective actions towards achieving strong, sustainable and balanced growth to raise the prosperity of the people of the planet. The objective of this year’s G20 Leaders Summit is to ensure that growth is robust and inclusive, and delivers more and better quality jobs. They recognize that advancing inclusive growth and entrenching confidence require the use of all policy tools and strong engagement with all stakeholders. 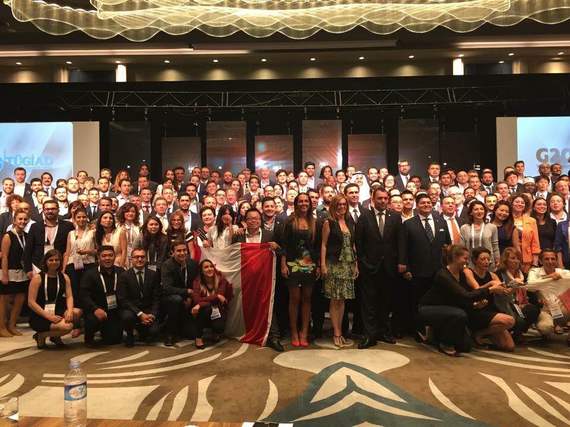 During the Summit, G20 leaders discussed urgent issues such the terrorist attacks in Paris. The President of Turkey, Recep Tayyip Erdoğan spoke about another crisis that isn’t receiving much media attention — global youth unemployment.

He added: “Unemployed young people in the world, if they want to become entrepreneurs, I wonder whether the financial world is supporting them or unemployed women. In Turkey, we are taking new steps for young people and women keen on making investments and who will be supported by the government. This initiative is very important,”

As mentionned in my previous blog post, on September 7-9 2015, 600 young entrepreneurs from the 20 largest economies called upon G20 leaders to tackle youth unemployment by fostering entrepreneurship. Since entrepreneurs create jobs, G20 governments should build the best ecosystem to support them. Our youth is entrepreneurial, global-minded and driven, but they need proper support.

This year’s Summit, G20 Leaders committed to fostering youth entrepreneurship. In the final declaration of the G20 Leaders’ Communiqué noted, “We are determined to support the better integration of our young people into the labour market including through the promotion of entrepreneurship. Building on our previous commitments and taking into account our national circumstances, agree to the G20 goal of reducing the share of young people who are most at risk of being permanently left behind in the labour market by 15% by 2025 in G20 countries.”